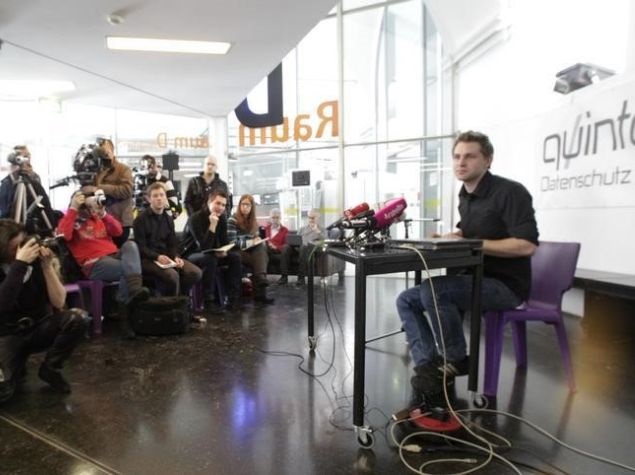 More than 17,000 people have signed up to join an Austrian law student's class action against Facebook over the social media group's alleged violations of its users' privacy, the student said on Tuesday.

Max Schrems, 26, appealed last week to a billion Facebook users to join a claim he filed at Vienna's commercial court as part of his campaign.

Under Austrian law, a group of people may transfer their financial claims to a single person - in this case, Schrems. Legal proceedings are then effectively run as a class action.

The echo to his appeal has been "giant, much more than expected", Schrems said, adding that most people to sign up were from Europe.

"The emails and feedback have been really positive and what is interesting is that many people say finally someone is doing something in this direction," he said.

Schrems is claiming damages of 500 euros ($670) per user for alleged data violations by Facebook, including aiding the U.S. National Security Agency in running its Prism programme, which mined the personal data of users of Facebook and other web services.

He is also seeking injunctions under EU data-protection law at the court in data-privacy-friendly Austria.

Some of those joining his cause are donating money, he said. "It is good to see that for most people it is not a matter of (getting) money but of advancing the matter," he said.

Schrems, who already has a case involving the social network pending at the European Court of Justice, invited others to join his Vienna court action at www.fbclaim.com using their Facebook login.

Facebook, which has declined comment on the campaign, has come under fire before for allegedly violating data-protection laws.

Most recently, Britain's data watchdog began investigating whether a 2012 experiment on unwitting users, in which it tried to alter their emotional state to see if their postings turned more positive or negative.

The world's biggest social network, Facebook now has 1.32 billion users. It posted a 61 percent increase in sales in the second quarter buoyed by mobile advertising, sending its shares to a record high and valuing the company at almost $200 billion.