The Bright Side of Facebook's Social Experiments on Users 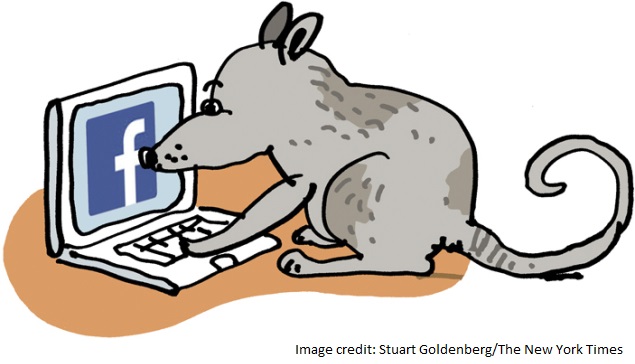 Facebook's disclosure last week that it had tinkered with about 700,000 users' news feeds as part of a psychology experiment conducted in 2012 inadvertently laid bare what too few tech companies acknowledge: that they possess vast powers to closely monitor, test and even shape our behavior, often while we're in the dark about their capabilities.

The publication of the study, which found that showing people slightly happier messages in their feeds caused them to post happier updates, and sadder messages prompted sadder updates, sparked a torrent of outrage from people who found it creepy that Facebook would play with unsuspecting users' emotions.

But there may be other ways to look at the Facebook study and its publication. For one thing, studying how we use social media may provide important insights into some of the deepest mysteries of human behavior.

Facebook and much of the rest of the web are thriving petri dishes of social contact, and many social science researchers believe that by analyzing our behavior online, they may be able to figure out why and how ideas spread through groups, how we form our political views and what persuades us to act on them, and even why and how people fall in love.

Most web companies perform extensive experiments on users for product testing and other business purposes, but Facebook, to its credit, has been unusually forward in teaming with academics interested in researching questions that aren't immediately pertinent to Facebook's own business. Already, those efforts have yielded several important social science findings.

But there's another benefit in encouraging research on Facebook: It is only by understanding the power of social media that we can begin to defend against its worst potential abuses. Facebook's latest study proved it can influence people's emotional states; aren't you glad you know that? Critics who have long argued that Facebook is too powerful and that it needs to be regulated or monitored can now point to Facebook's own study as evidence.

It is problematic that Facebook roped users into the study without their express consent. The company has apologized, and now says it will look at ways to improve its guidelines for conducting research. "After the feedback from this study, we are taking a very hard look at this process," said Jonathan Thaw, a Facebook spokesman.

If Facebook figured out a way to be more transparent about its research, wouldn't you rather know what Facebook can do with the mountains of information it has on all of us?

Wouldn't you also be interested in what other tech firms know about us? How does Google's personalized search algorithm reinforce people's biases? How does Netflix's design shape the kinds of TV shows we watch? How does race affect how people navigate dating sites?

After the outcry against the Facebook research, we may see fewer of these studies from the company and the rest of the tech industry. That would be a shame.

"It would be kind of devastating," said Tal Yarkoni, a psychology researcher at the University of Texas at Austin who works on methods for studying large sets of data. "Until now, if you knew the right person at Facebook and asked an interesting question, a researcher could actually get collaborators at Facebook to work on these interesting problems. But Facebook doesn't have to do that. They have a lot to lose and almost nothing to gain from publishing."

If you've been cast in a Google or Facebook experiment, you'll usually never find out. Users who are put into experimental groups are selected at random, generally without their knowledge or express permission. While Facebook says people agree to such tests when they sign up for the site, users aren't given any extra notice when they're included in a study.

One problem is that obtaining consent may complicate experimental results.

"Facebook could throw up a bubble asking people to opt-in to each test, but it would totally mess up the results, because people would be selecting themselves into the test," Yarkoni said. (Offline social-science and medical researchers face a similar problem.) 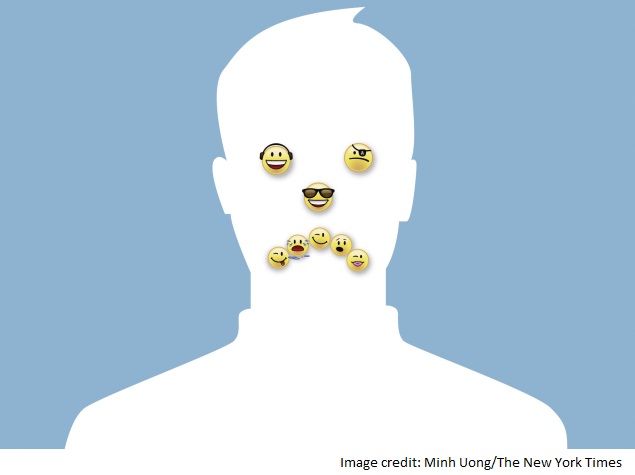 Another option would be for users to be periodically asked whether they wanted to take part in research, but some research ethicists have balked at the prospect of not giving users individual notice of each study.

Ryan Calo, an assistant professor at the University of Washington School of Law who studies technology policy, has called for firms that conduct experiments on their users to create "consumer subject review boards," a kind of internal ombudsman who would assess each proposed experiment and balance the potential risks to users against the potential rewards. The board would also be able to offer a set of explanations when there is a question about why certain experiments were approved.

"There's enough pressure and understanding of this issue that these firms are going to have to come up with a way to make the public and regulators comfortable with experimenting with consumers," Calo said.

Much of the research that Facebook and Google conduct to improve their own products is secret. Some is not. Google has acknowledged running about 20,000 experiments on its search results every year. It once tested 41 different shades of blue on its site, each color served to a different group, just to see which hue garnered the most engagement from users.

Over the last few years, Facebook has expanded what it calls its Data Science team to conduct a larger number of public studies. The company says the team's mission is to alter our understanding of human psychology and communication by studying the world's largest meeting place. So far, it has produced several worthy insights.

In 2012, the Data Science team published a study that analyzed more than 250 million users; the results shot down the theory of "the filter bubble," the long-held fear that online networks show us news that reinforces our beliefs, locking us into our own echo chambers. Like the new study on people's emotions, that experiment also removed certain posts from people's feeds.

In another experiment, Facebook randomly divided 61 million American users into three camps on Election Day in 2010, and showed each group a different, nonpartisan get-out-the-vote message (or no message at all). The results showed that certain messages significantly increased the tendency of people to vote - not just of people who used Facebook, but even their friends who didn't.

Zeynep Tufekci, an assistant professor at the School of Information and Library Science at the University of North Carolina, points out that many of these studies serve to highlight Facebook's awesome power over our lives.

"I read that and I said, 'Wait, Facebook controls elections,'" she said. "If they can nudge all of us to vote, they could nudge some of us individually, and we know they can model whether you're a Republican or a Democrat - and elections are decided by a couple of hundred thousand voters in a handful of states. So the kind of nudging power they have is real power."

Tufekci has offered a stirring call to arms against Facebook, Google and other giant web concerns because of their power to shape what we do in the world. She makes a worthy argument.

But if every study showing Facebook's power is greeted with an outcry over its power, Facebook and other sites won't disclose any research into how they work. And isn't it better to know their strength, and try to defend against it, than to never find out at all?