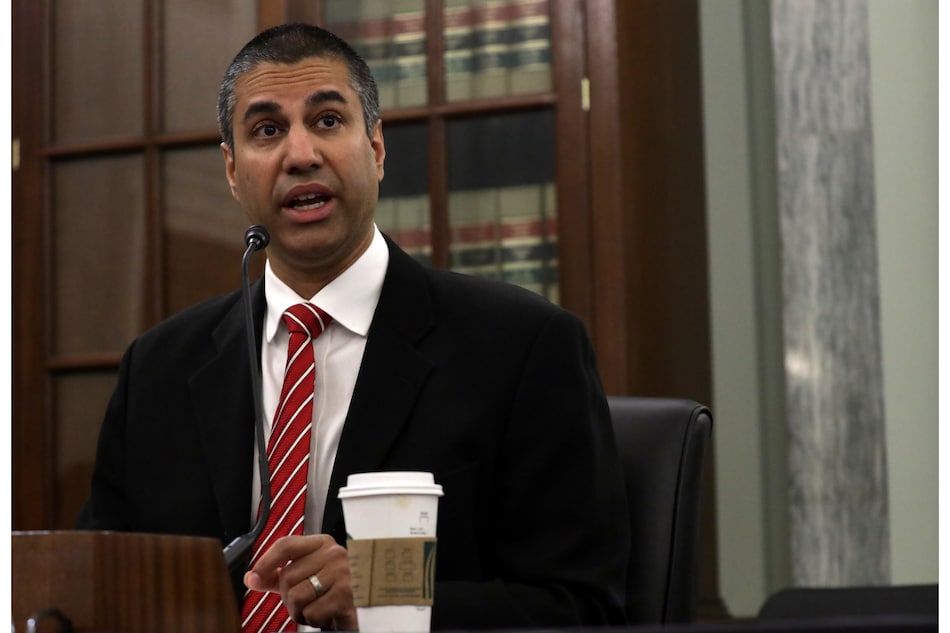 US President Donald Trump in May directed the US Commerce Department to file a petition with the FCC seeking to curb legal protections for social media companies over a provision known as "Section 230." Pai said the FCC's general counsel said the agency "has the legal authority to interpret Section 230."

Pai stopped short of offering any concrete ideas or to say if he would propose narrowing social media companies legal protections that could jeopardise current business models.

The petition asked the FCC to limit protections for social media companies under Section 230, a provision of the 1996 Communications Decency Act that shields them from liability for content posted by their users and allows them to remove lawful but objectionable posts.

Twitter froze the account of US President Donald Trump's campaign @TeamTrump after it posted a video that referred to the Post story that contained alleged details of Hunter Biden's business dealings with a Ukrainian energy company.

Many legal experts and Internet companies argue the FCC has no authority to issue regulations under Section 230.

The Internet Association, a group representing major internet companies, including Facebook, Amazon, Twitter and Alphabet's Google said "the First Amendment protects every private enterprise's ability to set and enforce rules for acceptable content on their services."

FCC Commissioner Jessica Rosenworcel, a Democrat, said the commission "has no business being the President's speech police."

Republican FCC Commissioner Brendan Carr said the FCC "will bring much-needed clarity to Section 230 and close the loopholes that Big Tech has exploited."

In September, Trump nominated Nathan Simington, a senior administration official who was involved in the social media petition, to a seat on the FCC, and last week Trump urged for a quick confirmation vote. Senate Commerce Committee chairman Roger Wicker on Thursday set a hearing on Simington's nomination for November 10.

Pai has for months refused to offer any comment on the petition, and Trump has repeatedly demanded action. Still any final regulation could take at least another year.

In August 2018, Pai at a forum said he hoped social media companies would embrace free speech but did not see a role for the FCC to regulate websites like Facebook, Google and Twitter.

"The government is not here to regulate these platforms. We don't have the power to do that," Pai said in 2018.

On Thursday, Pai noted he has favoured free expression during his tenure but added: "What does Section 230 currently mean? Many advance an overly broad interpretation that in some cases shields social media companies from consumer protection laws in a way that has no basis in the text of Section 230."

ICICI Bank Is Down, Making Debit Card and UPI Transactions Fail for Many of Its Customers in India
Samsung Galaxy S20 FE Gets a 256GB Storage Model: Price in India, Specifications