According to SEBI chairman Ajay Tyagi, catching malpractices in the market using standard tools that analyse only structured data of price and volume is increasingly becoming difficult. 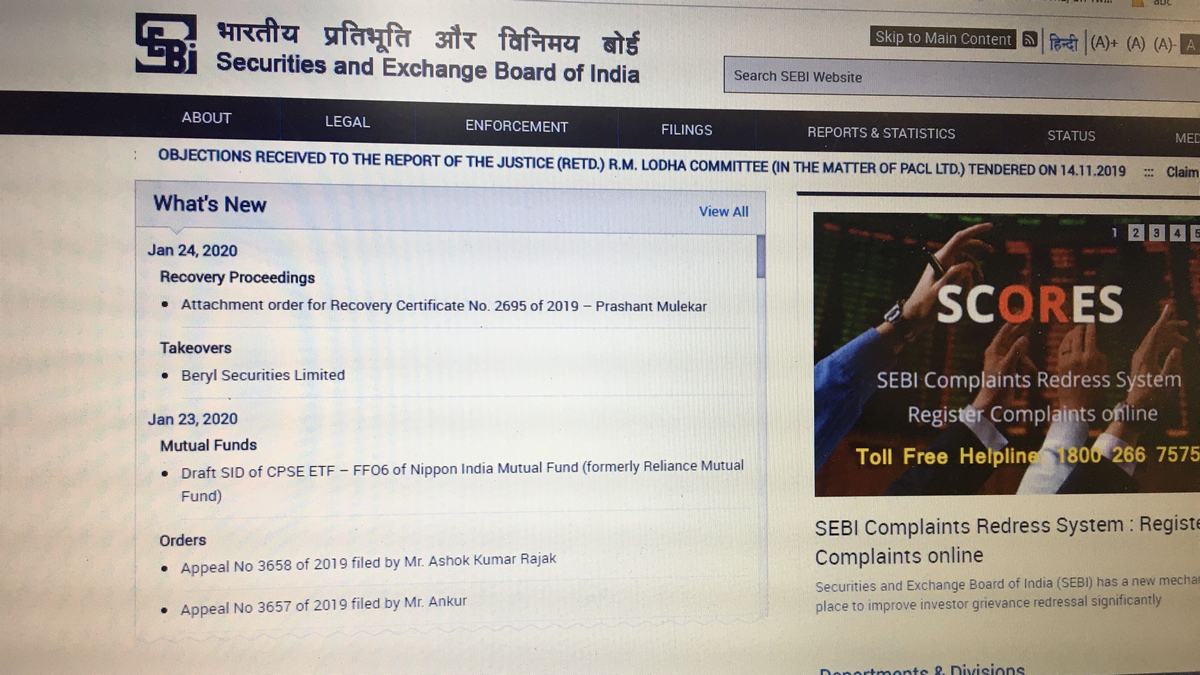 Stock market regulator Securities and Exchange Board of India (SEBI) is in the process of creating a data lake project to augment its analytical capability and surveillance specifically aimed at social media, Chairman Ajay Tyagi said on Thursday.

The event was organised in collaboration with the National Institute of Securities Markets (NISM) at Patalganga near Mumbai-Pune Expressway.

Catching malpractices in the market using standard tools that analyse only structured data of price and volume is increasingly becoming difficult, said Tyagi.

"SEBI off-late has increased its surveillance and is using social media to establish links between suspects in cases of insider trading. Such links have become increasingly useful, especially when conventional ways of finding potential insider traders through shareholding pattern and KYC fail to work," he said.

"The regulator will boost analysis and surveillance of social media through tools such as artificial intelligence and big data analytics. SEBI has already planned a data lake project to augment analytical capability with advanced tools such as pattern recognition, processing of structured and unstructured data," said Tyagi.

The methods and models for measuring, managing and pricing financial risk need regular review and update so that the risk management is robust.

"At the same time, regulators also need to strike a balance between conservative risk management and market development, as very high level of safety usually comes at the cost of liquidity in the markets," he said.

Hence, there is a need for continuous research and analysis in the area of risk management to forecast plausible screen scenarios and consequent risks to put in place appropriate risk management to protect the interest of stakeholders, he added.