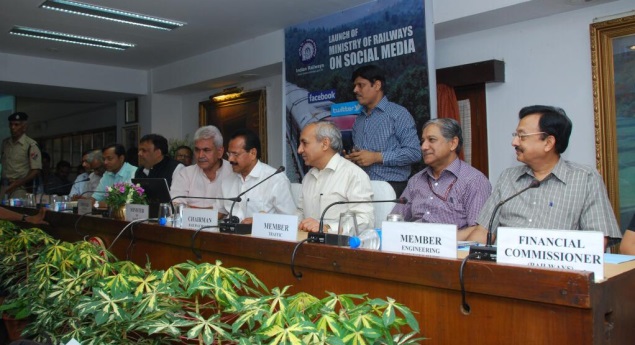 On the eve of Rail Budget, the Indian Railway Ministry on Monday launched its official Twitter account and Facebook page in a bid to disseminate information quickly.

"Tomorrow (Tuesday) we are going to present the Rail Budget. As soon as the budget is presented, all information will appear on Twitter and Facebook," Railway Minister Sadananda Gowda said in New Delhi after the launch.

He said the initiative will give a new boost to the Ministry in reaching out to the people.

Besides, the national transporter will also have its presence on YouTube.

From Tuesday onwards, one can see all the information on the social networking site, he said.

Gowda said it was Indian Prime Minister Narendra Modi's idea that each and every person should be IT-enabled.

Focusing on IT initiatives, Railways will also launch a new number 022-4501555 on Tuesday where people can dial in and hear the Budget.

Besides railways enquiry number 139 will also become toll free soon and all these are slated to be announced in the Rail Budget.

Asked whether the NDA's maiden Rail Budget will be pro-people, Gowda said, "Which ever government whether BJP, Congress or Communist, it has to be a pro-people budget."