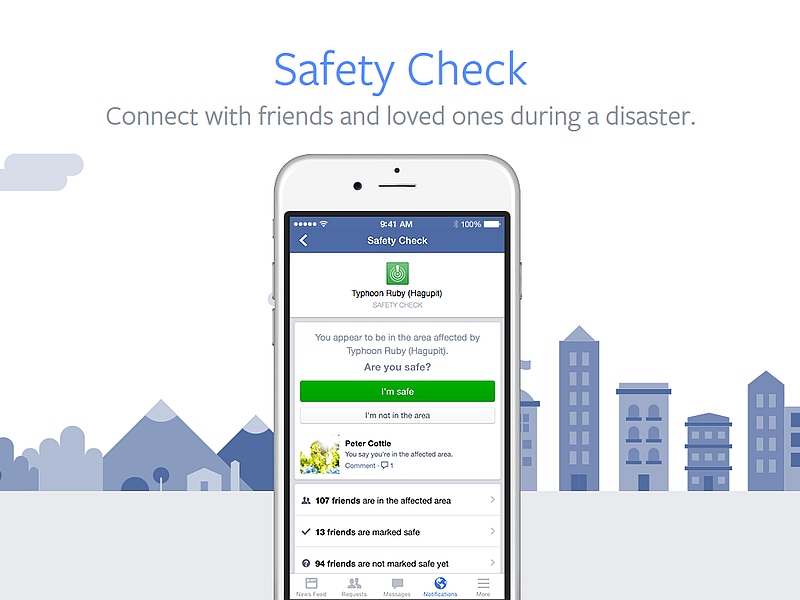 Facebook launched a check-in feature to let people know that friends in Paris were safe after a series of bombings and shootings in the French capital killed at least 120 people on Friday.

The "Paris Terror Attacks" safety check let people signal whether they were out of harm's way, then notified all those they know at the leading social network.

"Quickly find and connect with friends in the area," a message at the Facebook Safety Check page read. "Mark them safe if you know they're OK."

The feature also allowed people to check which friends listed as being in Paris had not yet checked in as safe.

"We are shocked and saddened by the events unfolding in Paris," a Facebook spokesman told AFP.

"Communication is critical in these moments both for people there and for their friends and families anxious for news."

The death toll in the "unprecedented" series of attacks across Paris climbed through the night.

Police said around 100 people were killed at the Bataclan music venue in eastern Paris alone, where one witness said an attacker yelled "Allahu Akbar" (God is greatest).