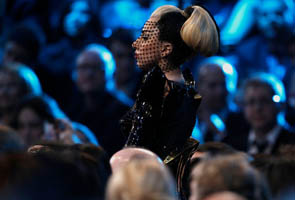 Highlights
On Facebook, celebrity has its privileges - including the right to use a made-up name.

Facebook has been strict about pseudonyms, saying that its site is intended for real people using their real identities. The policy even applied to people like Stefani Germanotta and Calvin Broadus, otherwise known as Lady Gaga and Snoop Dogg. They were allowed to use their stage names on fan pages, but not on their personal accounts.

Now, in what could be a bid to attract more celebrities, Facebook on Thursday introduced a change that allows some users to go by their established, well-known pseudonyms on their personal Facebook pages.

Facebook staff will check that the page in question belongs to the Stefani Germanotta that the world knows as Lady Gaga, as part of a broader program to verify the identities of well-known people and weed out impostors.

So what happened to Facebook's insistence on using a "real" name? "You still have to be your real self on Facebook," said Meredith Chin, a company spokeswoman. "This is just augmenting your real identity."

And Ms. Germanotta will still have to include her legal name in the information section of her page.

Last fall Facebook introduced the "Subscribe" button, which lets a user see updates from another user in a one-way relationship, as opposed to the standard "friend" model. Only people who have built up a large base of subscribers - at least in the range of 20,000, Ms. Chin said - will be granted the new account verification and pseudonym privileges. The company asks people seeking such privileges to upload an image of their passport or other ID.

For all the talk of innovation in Silicon Valley, the latest change is emblematic of the widespread sharing of ideas among Internet companies. If the subscriber idea is lifted from the Twitter model of building followers, Twitter's recent change to allow users to click to view comments associated with a post is reminiscent of Facebook's news feed. Google Plus, meanwhile, is that company's attempt to elbow in on Facebook territory.

Facebook, which says it has 845 million active users worldwide, potentially allows celebrities to reach a far wider audience than Twitter, which topped 100 million last fall. Twitter, which has been a popular hangout for celebrities seeking a direct connection with fans, has long had a "verified accounts" program that bestows a special checkmark on the pages of prominent and authenticated users. The new Facebook program, which was first reported by the blog TechCrunch, will not involve such a badge.

Steve Rubel, executive vice president of Edelman, a public relations firm, said celebrities were valuable for these companies as a means of getting media attention and retaining users. He noted that Google Plus recently hosted a "Hangout" with the soccer player David Beckham in which fans could post questions for him to respond to in a live video stream.

"It's a space race to see who can get the biggest personalities and do the biggest things with them," Mr. Rubel said. He added that celebrities would most likely increase in importance for these companies, because at some point talent agencies could commit to doing exclusive promotions with individual social networks.