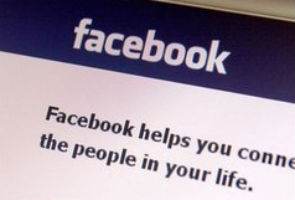 Highlights
Singapore-based software applications developer U2opia Mobile has developed a new application for mobile phones that will allow them to access Facebook on all kinds of handsets without paying for a data connection.

"We are using USSD technology, which will enable users to access Facebook without having a GPRS connection on their phones," said Sumesh Menon, the co-founder and CEO of U2Opia Mobile.

Unstructured Supplementary Data (USSD) is the technology used by telecom players to send alerts to their users that inform them about their balance at the end of call or for sending miss call alerts.

Menon mentioned that though the technology will not provide access to graphics, it will help users send and view updates on their friends' Facebook walls.

"It is like SMS and hence, the load on the network is negligible. We have built some commands through which a user can receive alerts on activity happening on his wall as well post an update," said Menon.

U2opia launched this application today with Indian telecom major Bharti Airtel.  While Airtel customers can update their Facebook status through this USSD service free of cost, Rs. 1 per day will be applicable for accessing the full-feature application, which enables viewing news feeds, commenting on or liking news feed stories, posting on friends' walls, confirming friend requests, viewing notifications and finding as well as adding friends.

"In the Indian market scenario, where the penetration of smart phones is relatively low and the use of internet on mobiles is primarily limited to key cities, many users are excluded from accessing their Facebook accounts via mobile phones," said Shireesh Joshi, Bharti Airtel
Director - Marketing, Mobile Services, in a statement. Airtel users can dial *325# and *fbk# for non-qwerty mobile handsets to access Facebook without subscribing to data plans, the statement said.

"We look forward to bringing millions of Facebook users in India closer to their love for social networking by allowing them to access it anytime, anywhere on their Airtel-powered mobile phones," Joshi added.
Comments