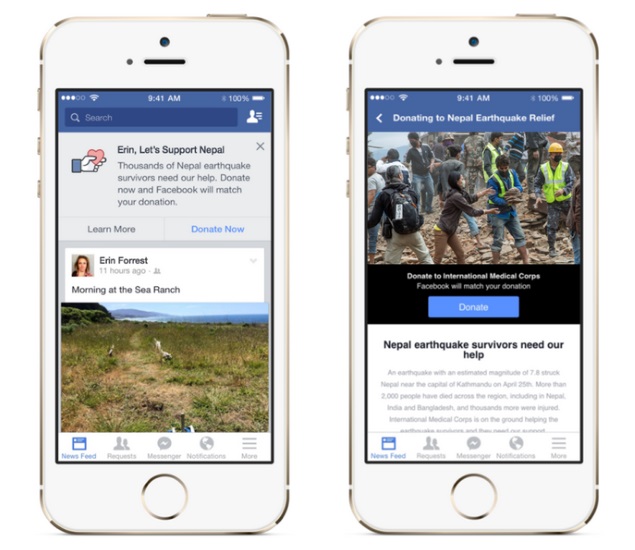 Facebook was rolling out a donation button Monday for contributions to victims of the massive earthquake in Nepal, and offered to match up to $2 million (roughly Rs. 12 crores).

"People are coming together to support those affected by the earthquake that struck Nepal and impacted the populations of Nepal, India and Bangladesh," Facebook said in a blog post.

Facebook said that as of Monday, users will see a message at the top of their News Feed with an option to donate to International Medical Corps, which has been operating relief units in the region.

In addition, Facebook said it had activated its "Safety Check," a system which allows people in the disaster zone to notify friends and family if they are safe.

"During times of crisis, we have seen people turn to Facebook to learn about what's happening, share their experiences and support one another."

The United States said Monday it is sending $10 million (roughly Rs. 63 crores) in relief to help the victims of the massive earthquake in Nepal, where the death toll surpassed 4,000, including at least four Americans.