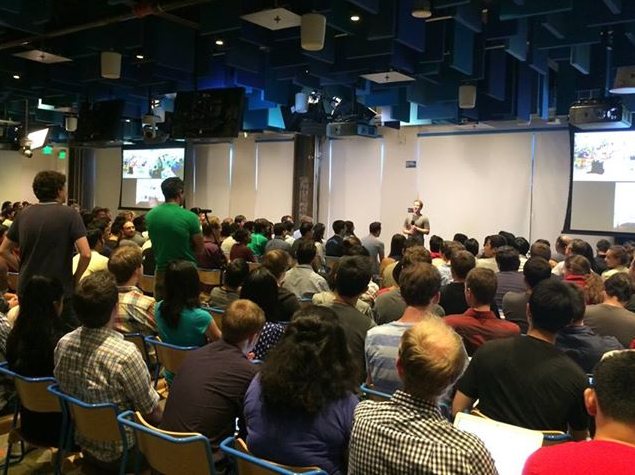 Facebook CEO Mark Zuckerberg's third public town hall Q&A will be held on Wednesday, January 14 at Bogota, Colombia. This will notably be Zuckerberg's first international Q&A session, and will be held during his Colombia visit to promote Internet.org.

"I'll be in Colombia for Internet.org, and I'm looking forward to doing our first ever international Q&A. These Q&As are an opportunity for you to ask me questions, and for me to hear from you how we can make Facebook better. This Q&A I'm looking forward to hearing from more people who use Facebook in Latin America," said Zuckerberg via Facebook post on Friday.

Before this, Zuckerberg had organised two similar public Q&A sessions at the Facebook headquarters at Menlo Park, California, where he invited and answered many questions by users around the world.

For the first international Q&A sessions, users will need to go to the Q&A with Mark page and comment on the post to ask a question, or vote up other comments.

In his second Q&A last month, Zuckerberg had said that he is not in favour of the much-requested 'Dislike' button for Facebook posts. But one thing that he specifically pointed out was that Facebook is thinking about alternative ways to express emotions, apart from the existing and only Like button. For example - the Like option for the death of loved one or an unfortunate incident seems inappropriate.

"Some people have asked for a dislike button before [...] they want to be able to say that a thing isn't good and that's not something that we think is good for the world. So we're not going to build that. I don't think there needs to be a voting mechanism on Facebook whether posts are good or bad. I don't think that's socially very valuable or good for the community," said Zuckerberg.

Some other tough questions that were asked of Zuckerberg at the second Q&A were such as the reason for the frequent privacy updates.

Zuckerberg said, "We update the privacy policy about once a year to reflect the product and policy changes from the last year. [...] We don't want to change it too often. It's a lot to read through and digest. Sometimes we do the changes well, sometimes we don't, and get criticized. But we need to follow the technical progress of new things we can do."

In November, at the first public 'Q&A With Mark', Zuckerberg had took on a broad spectrum of questions as flippant as "Why do you wear the same [grey] shirt every day?" to those that actually related to the users' experience with the social network, such as "Why did you force us to install Facebook Messenger?"
Comments