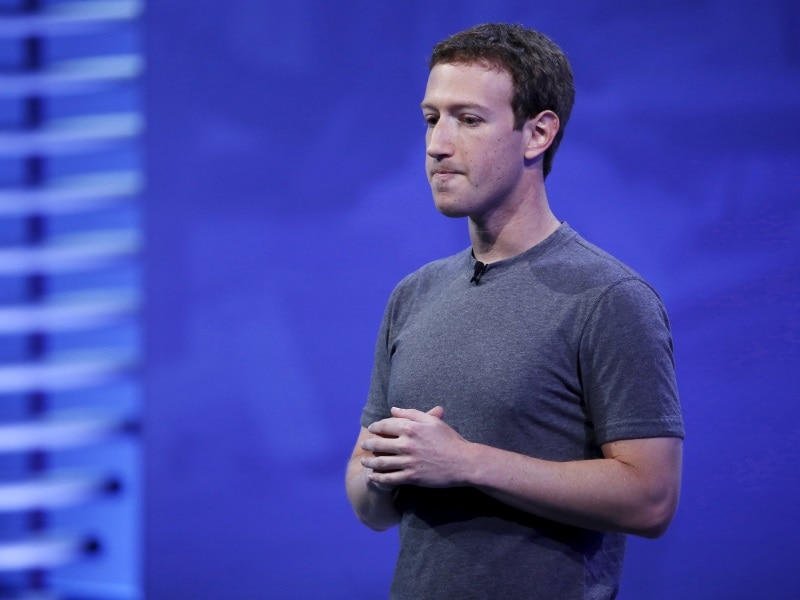 Facebook chief Mark Zuckerberg on Thursday rejected the idea that bogus stories shared at the social network paved a path of victory for President-elect Donald Trump.

"The idea that fake news on Facebook, which is a very small amount of the content, influenced the election in any way I think is a pretty crazy idea," Zuckerberg said during an on-stage chat at a Technonomy technology trends conference in California.

The Facebook co-founder rhetorically asked why people would think there would be hoax stories about one candidate but not the other.

He also dismissed worries about Facebook users existing in "bubbles" where they only see news or perspectives echoing their viewpoints.

"Voters make decisions based on their lived experience," Zuckerberg said.

"You don't generally go wrong when you trust that people understand what they care about and what's important to them and you build systems that reflect that."

He added that research gathered at Facebook suggests news-filter bubbles are not a problem.

The social network found that while people may have a lot of friends very much like themselves, almost everyone at Facebook has someone in their mix who breaks the mold in some way, such as religion, ethnicity, or background.

However, Zuckerberg added, Facebook has also found that people are less inclined to click on links or otherwise check out shared stories that don't line up with their views.

"We just tune out," Zuckerberg said of the pattern. "I don't know what to do about that."

While acknowledging the importance of the election, he advised maintaining faith that most progress in innovation is made by private citizens, typically without help from the government.

"These elections make a real difference in the world, but it would not be right to suggest that it changes the fundamental arc of technology or progress over time," Zuckerberg said.

The News Feed at Facebook has evolved from early days of being about sharing personal tidbits with friends or family to becoming a platform for important news.

Facebook continues to adapt to that shift, modifying the way it ranks stories as well as the community guidelines regarding what might be offensive, according to Zuckerberg.

He conceded there was a lot that could be improved and that the process was ongoing, but contended it was misguided to put blame on Facebook.

"I do think there is a certain profound lack of empathy in asserting that the only reason someone could have voted the way they did is because they saw some fake news," Zuckerberg said.

"If you believe that, then I don't think you have internalized the message that Trump supporters are trying to send in this election."