Microsoft-owned professional networking platform LinkedIn on Thursday announced that it is introducing a new feature called Your Commute that will help job seekers factor in the commute time that the jobs they are applying for entails. With the new feature, LinkedIn will help users calculate the potential commute time, depending on mode of transport, and show time-based results, even before you apply for the role. The feature will be available on the LinkedIn mobile app.

On the app, a new 'See Your Commute' option will be visible on the job listings page. Under the tab, you can enter the location of your residence and the map will automatically show the duration it will take to reach office via modes like car, train/ bus/ metro, or on foot. You can even choose the time of commute to reveal the duration based on average traffic situation. LinkedIn also announced that it will soon roll out a feature wherein users can save their address information locally on their phone, eliminating the need of typing it in on every such instance. 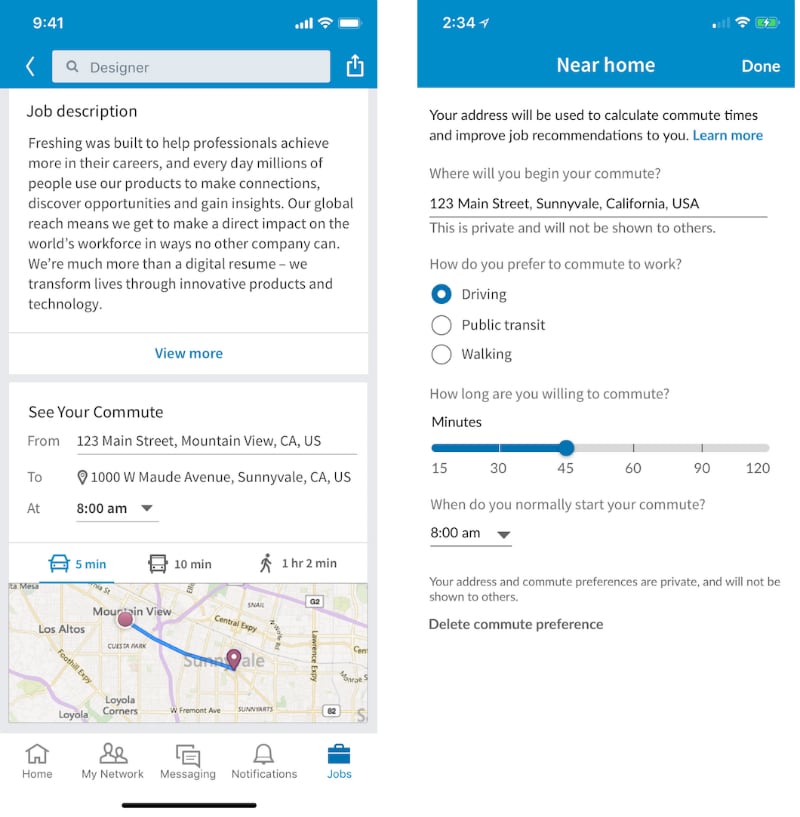 Apart from that, users can also add in their commute preferences from the Career Interests tab to get personalised recommendations. Preferences include commute start point, mode of transport, the amount of time you are willing to commute for, and start time. Address and commute preferences are said to be stored as private information.

"We're always looking for ways to help our members make informed decisions about their career, and with all of these insights now directly within a job listing, we're making it even easier to find the job that's right for you," said Dan Li, Senior Product Manager, Careers Growth and Discovery, LinkedIn.

Acquired by Microsoft for $26.2 billion (roughly Rs. 1.77 lakh crores) in 2016, LinkedIn has launched several new features on both desktop and mobile ever since. Back in February this year, the company launched a new tool called LinkedIn Scheduler that allows for automation of initial interview scheduling for both recruiters and candidates on the platform.