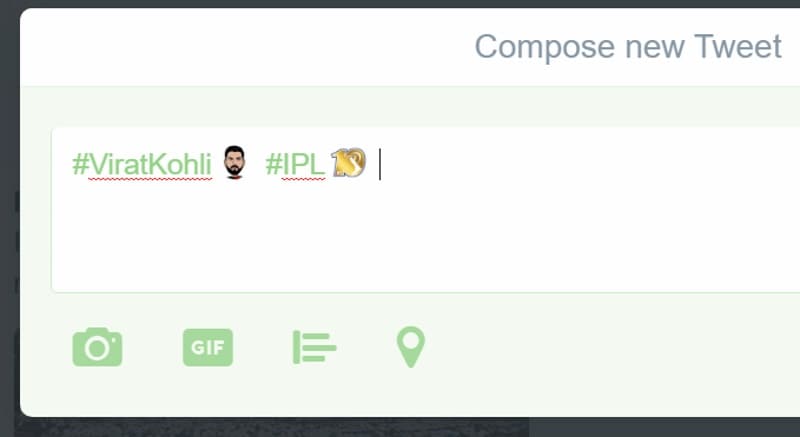 The Indian Premier League (IPL) and social networking site Twitter have come together to unveil an Indian and cricketing-world first by releasing special Twitter emojis for 30 of IPLs biggest star cricketers, it was announced on Wednesday.

Cricket fans around the world will be able to unlock these emojis throughout the 2017 season, according to a release.

Fans can just tweet using the designated player hashtag (i.e. #ViratKohli for Virat Kohli) and an emoji version of that player will automatically appear after the hashtag within the Tweet.

Tweets with these player emoji related hashtags will also count towards the daily IPL player Twitter battle showcased during the live broadcast of the game.

There will also be an exclusive emoji for the 10th season when fans Tweet with #IPL.

BCCI CEO Rahul Johri said: "The IPL has always been for the fans, with the fans, by the fans. From the Twitter Mirror to the IPL #calendar, IPL timeline to real-time videos, we have innovated every season to bring the IPL closer to our fans in partnership with Twitter."

"These special player Twitter emojis are a celebration of our superstars who light up the league and the love we have received from fans on Twitter. We would like to dedicate this launch to them and can't wait to see the conversation that unfolds this season."