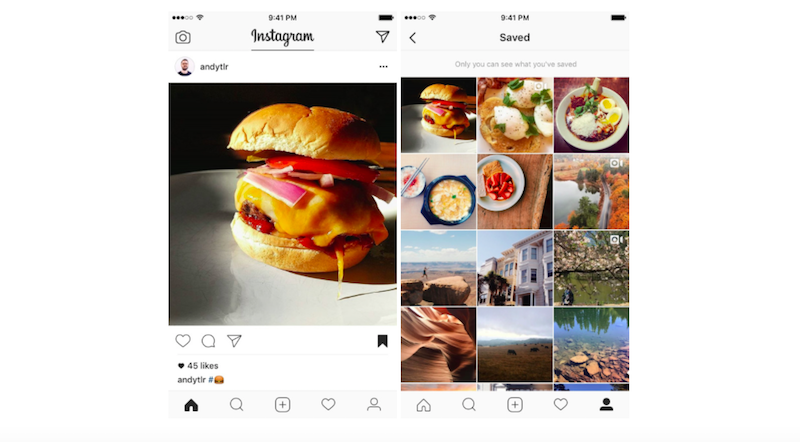 Instagram has been keeping itself quite busy this year. Just last week, the company announced that it will soon allow users to like individual comments. Instagram on Wednesday began rolling out an update that will now allow users to bookmark posts for later viewing - called saved posts. The update has begun rolling out for iOS (v10.2), Android (v10.3), and Windows.

Users will now see a bookmark icon under the post which they can tap to save for later viewing. All your saved photos will be added to a new saved tag option in the user page (only visible to you) and can be removed by tapping on the bookmark icon again.

"Starting today, you can save posts you'd like to revisit later. Now you'll see a new bookmark icon underneath posts in your feed. Simply tap it to save a post to a new, private tab on your profile. There you can see all the posts you've saved - and they're only visible to you. When you stumble upon a funny video you want to remember, a new outfit you like or even inspiration for an upcoming vacation, you can now keep track of favorite posts right from your profile."

The popular photo sharing company released a number of new features in the past few months which include Stories, Live Videos and liking comments, to name a few. Granted, these features aren't exactly unique as other social media companies like Facebook and Snapchat already had them. The latest 'Saved' posts feature is again something that is familiar to Pinterest users.

Popular social media companies have been adopting each other's unique features to attract more users by tapping into the other's user base to grow its own community. Facebook also recently rolled out a Snapchat Stories-like feature for Messenger called 'Messenger Day'.