In the Facebook era, reminders of loss if families fracture 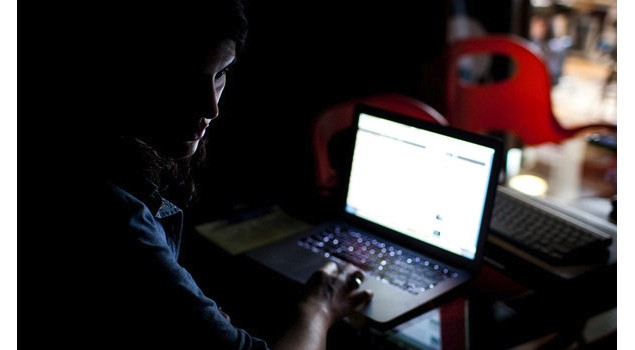 Not long ago, estrangements between family members, for all the anguish they can cause, could mean a fairly clean break. People would cut off contact, never to be heard from again unless they reconciled.

But in a social network world, estrangement is being redefined, with new complications. Relatives can get vivid glimpses of one another's lives through Facebook updates, Twitter feeds and Instagram pictures of a grandchild or a wedding rehearsal dinner. And those glimpses are often painful reminders of what they have lost.

"I frequently hear, 'I heard from somebody else who read it on Facebook that my son just got married,' or, 'My daughter just had a child, and I didn't even know she was pregnant,' " said Joshua Coleman, a psychologist in the Bay Area who wrote a book about estrangement, "When Parents Hurt."

"There are things that parents assume all their lives they'd be there for, then they hear in a very public third-hand way about it, and it adds a layer of hurt and humiliation," he said.

No data exist on the number of family estrangements nationwide, or whether they are on the rise. But experts generally agree that family rifts -- between parents and children or siblings -- can lead to depression, marital strife, addiction and even suicide.

Vera Shelby, director of Healing Estranged Relationships, a support group with chapters in Texas and Colorado, said estrangement has its own stages of grief. "This is almost worse than death, because when they are estranged from you, they aren't gone," said Mrs. Shelby, 67, whose daughter refused to speak to her for four years. (Unlike Mrs. Shelby, most people interviewed for this article who are estranged from their parents or children did not want their full names used.)

A woman named Mary, a county employee in Florida, has endured two long stretches when her daughter has stopped speaking to her. The first, starting in 1997, was heartbreaking, but she said it was not as agonizing as their current 10-month stalemate.

"I didn't know all those months and years what she was doing," Mary said, adding that her daughter cut her off because she disapproved of her boyfriend. "It was easier because there were no reminders."

In 2005, they reconciled for six years, but the daughter, who is now married to that boyfriend and has a young child, again stopped speaking to her 10 months ago for reasons Mary does not understand. Mary, who joined Facebook in 2008, now squirms when she checks her news feed.

"You're watching other people enjoying your daughter and the grandchild you're supposed to have, and you're left out in the cold," Mary said. "I have to watch pictures of my grandson -- that I didn't get -- on my daughter's sister-in-law's page."

Their rift also plays out in front of relatives and friends, in a humiliating way. When Mary's 21-year-old son took his sister's side and cut off contact for a few months, he not only removed her from his friends list but also disowned her on Facebook. "It was a blank little ghost where his face used to be on my profile," she said.

Some parents said they could not help but check up on their estranged children online, searching for clues to unlock the mystery of why they have been cut off. If a parent's child has blocked them on Facebook, they might send a "friend" request to their child's acquaintances, follow them on Twitter or do Internet searches to find out where their grandchildren attend school.

"This is a common question on my Web site -- whether it's more painful to sneak views on Facebook or not, or just to stay away altogether," said Elizabeth Vagnoni, a documentary filmmaker who runs an online discussion forum for parents with estranged children -- currently with more than 2,200 members -- at estrangedstories.ning.com. She went through bouts of silence with her mother over a decade, and now has two estranged sons of her own. "I now live with knowing exactly how I made my mother feel," Mrs. Vagnoni said.

For those who hope to reconcile, the online sleuthing can backfire if it is perceived as spying, said Monica McGoldrick, a family therapist and the director of the Multicultural Family Institute in Highland Park, N.J. For a mother, she said, "If ever there comes a day where she and her daughter get to have a conversation, what is she going to say?"

People who use social media are often aware that their estranged relatives are watching. A decade ago, Jessica, a 27-year-old Manhattan resident who works for a marketing company, stopped talking with her father, an alcoholic, after much turmoil. (Shortly after he remarried when she was 10, she called him and said, "You can divorce your wives, but you can't divorce your children." His reply, she recalled: "I wish I could.")

She sends Twitter messages for work and for fun, and knows through other relatives that her father is keeping up with her -- her vegan diet, her travel schedule, her social life. It angers her, even though she acknowledges anyone can see her posts.

"I didn't want him to be telling extended family that stuff he was learning online about me because 140 characters don't tell the whole story," she said. Armed with details, he had misrepresented to his mother -- with whom Jessica talks often --how close he was to her.

"That's been a frustration," she said. "That's when I realized how creepy the digital space is."

After reconnecting with her biological father in 2008, Lori, an adoptee in Brooklyn, grew increasingly concerned and then alarmed by the aggressive tone of his e-mails, in which he accused her of disrespect and not staying in touch.

She ultimately decided to end all contact in 2009. She blocked his phone calls and e-mails, denied her father's Facebook request and dropped his niece as a Facebook friend. Lori, 37, still agonizes about the decision. "I have a lot of guilt about breaking up," she said, but added, "I don't owe it to him to stay his pseudodaughter."

Sometimes people use social media to snipe at one another from afar. Mark Sichel, a Manhattan psychotherapist who wrote "Healing From Family Rifts," said that a client's son had posted details on Facebook this month about their falling out. Mr. Sichel has also counseled a bickering couple whose sunny Facebook postings are calculated to annoy the husband's estranged mother. Their online persona, he said, is "a charade."

Often estrangement does not sever just one relationship, but forces relatives to choose sides, leading to other rifts -- for instance, birthday cards sent by a grandparent might never be passed on to grandchildren.

In this context, social media does offer hope that estrangement does not necessarily have to have a ripple effect.

Mr. Sichel, whose parents cut him off in 2001, is skeptical. "I don't think Facebook helps heal family relationships," he said. "It just adds a new dimension of gossip, hearsay and visuals."

One possible solution is to simply close Facebook accounts to avoid the pain. But that is hard to do in practice. "It scares me to close it down," said Mary, whose heart sank when she watched a recent video of her grandson and heard him giggling.

"In a weird way, I feel I can make some sort of connection even if it's through a glass screen," she added. "I know it's not real, but it's my last little thread that I'm holding on to."