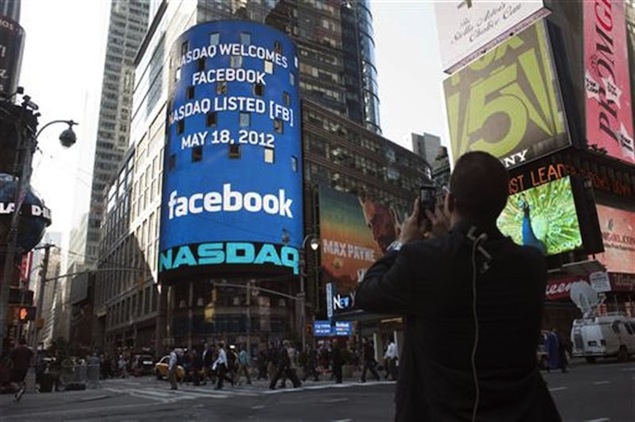 Facebook Inc's Silicon Valley headquarters are far away from the eye of Hurricane Sandy, yet for employees of the social networking company, the storm hit home.

After nearly six months of watching helplessly as the value of Facebook's stock crumbled, Facebook employees finally got the green light to cash in some of their stock on Monday as the "lock-up" on trading them expired.

Unfortunately, any would-be sellers will have to wait a little longer, as the New York Stock Exchange and Nasdaq were both closed on Monday because of Sandy, the exchanges' first weather-related shutdown in 27 years. Both exchanges said they would remain closed on Tuesday as well, pending confirmation.

Roughly 234 million shares of Facebook stock owned by company employees were eligible for trading on Monday. Facebook had moved up the lock-up expiration date for employees by a few weeks, a move that analysts said could help bolster morale among the company's rank-and-file who have been unable to sell shares even as other insiders and early investors have sold.

The end of the employee lock-up also comes as Facebook's stock has been on the rise, gaining more than 12 percent last week after the company reported better-than-expected quarterly results.

The world's No. 1 online social network became the first U.S. company to debut on the public markets with a valuation of more than $100 billion.

But Facebook's May initial public offering has been marked by a series of setbacks, including a glitch with the Nasdaq on its first day of trading and controversial revelations that the company had pre-briefed analysts for its underwriters ahead of the IPO, advising them to reduce their profit and revenue forecasts.

Shares of Facebook, which were priced at $38 in the IPO, declined to as low of $17.55 in September as investors fretted about its slowing revenue growth and limited mobile advertising revenue.