Google Plus: The Final Frontier For Captain Kirk 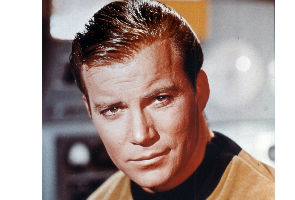 Shatner tweeted on Monday saying, "My Google Plus account was flagged for violating standards. Saying hello to everyone apparently is against the rules maybe I should say goodbye?"

Shatner's Google Plus account was deleted for a few hours and the reason for this is still unknown. Speculation suggests that Google thought the account was fake and therefore decided to shut it down. After being reinstated on Google Plus, Shatner said "I am back plusers! I still do not know what happened but I will refrain from saying hello again for a while just in case. My best, Bill."

Shatner has his own website myouterspace.com which is popular with fans of Captain Kirk and space Si-Fi fan boys.

For those of you who would like to see Captain Kirk give a more dramatic reaction, take a look at the video below