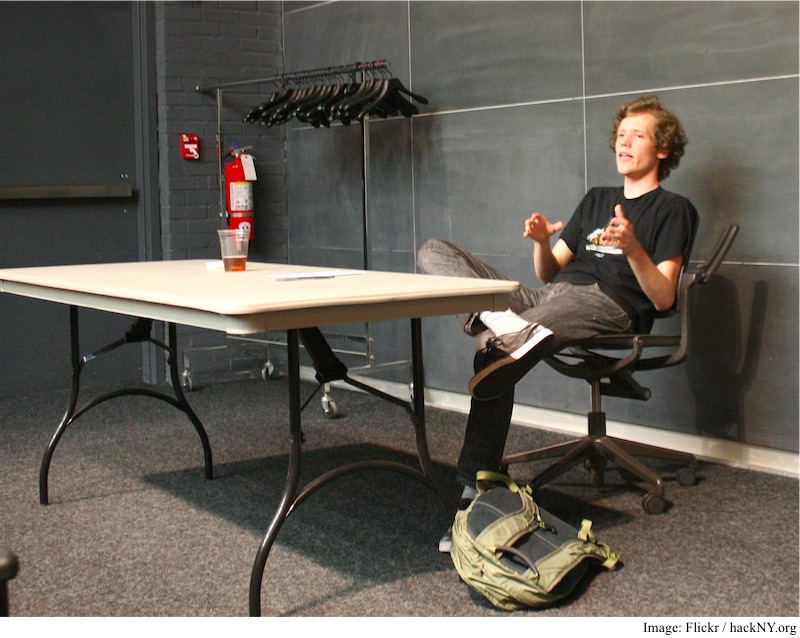 Google has surprised many with its latest recruitment. The Mountain View-based company has hired Christopher 'Moot' Poole, the founder of controversial Internet image sharing platform 4chan. Chris Poole will be working on the company's Photos and Streams products.

Poole announced late Monday night that he has joined Google. The Android maker confirmed that it will be utilising expertise and talents of Poole in its Photos and Streams products, key components that could play an instrumental role in bolstering company's Google+ social networking platform.

Poole is best known for founding 4chan. The online image discussions forum has earned an ill name for itself because of permitting hateful comments and other offensive things. The website was the originating platform of The Fappening fiasco, in which private images of several celebrities were leaked. According to Web traffic monitoring service SimilarWeb, 4chan attracts over 85 million visits every month. Poole announced retirement from 4chan last year. In a profile, Rolling Stone described Poole as the "Mark Zuckerberg of the online underground."

In a blog post, Poole said, "I'm also impressed by Google's commitment to enabling these same talented people to tackle some of the world's most interesting and important problems. I can't wait to contribute my own experience from a dozen years of building online communities, and to begin the next chapter of my career at such an incredible company."

Poole's hire further proves Google's growing interest in sustaining its Google+ social networking website. The company late last year put an end to the long-running speculation that it was considering shuttering Google+. In November, Google+ was revamped with new features to better focus on building communities.

It will be interesting to see whether Google's bet on Poole will work or not.