Fifa World Cup 2014 Will Be the Most Tweeted Event Ever: Twitter 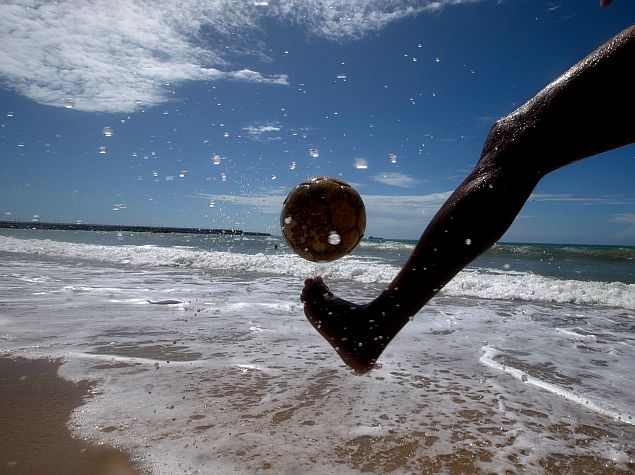 The World Cup, which kicks off this week in Brazil, will be the most tweeted event ever, a Twitter Inc executive said on Tuesday.

Brazil's Twitter director Guilherme Ribenboim said the volume of messages sent during the month-long competition starting on June 12 will dwarf the 150 million tweets sent about the 2012 London Olympic Games.

"The World Cup will take all that to a whole different level," Ribenboim told Reuters.

"For Twitter this will be the biggest event ever."

With 255 million users around the world, Twitter is a popular platform for commenting on global events such as sports.

The London Olympic Games showed people like to tweet about what they see at a stadium or watch on TV, making the microblog service more attractive for advertisers.

FIFA, soccer's governing body, estimated 3.2 billion people, or almost half the world's population, watched at least part of a game during the 2010 World Cup in South Africa.

The tournament comes at a good time for Twitter, which has seen stagnant user growth in its first two quarters as a public company, with its stock trading near its post-IPO low.

"Most companies pouring huge amounts of money into advertising during the World Cup want to amplify their investment by reaching people through Twitter and engaging with them," Ribenboim said.

The executive dismissed concerns about Brazil's poor telecommunications infrastructure, which could affect people's ability to tweet from the stadiums.

All 32 teams participating in the World Cup have official twitter accounts, as do most of their soccer players. Portugal's Cristiano Ronaldo leads the pack with 26.6 million followers, tailed by Brazil's Neymar with 10.8 million and England's Wayne Rooney with 8.8 million.

Ribenboim said Twitter has been working closely with soccer federations and even coaching players on how to use the social media.

"We have been showing them how they should use the platform, how to use hashtags, how to engage with their fans."