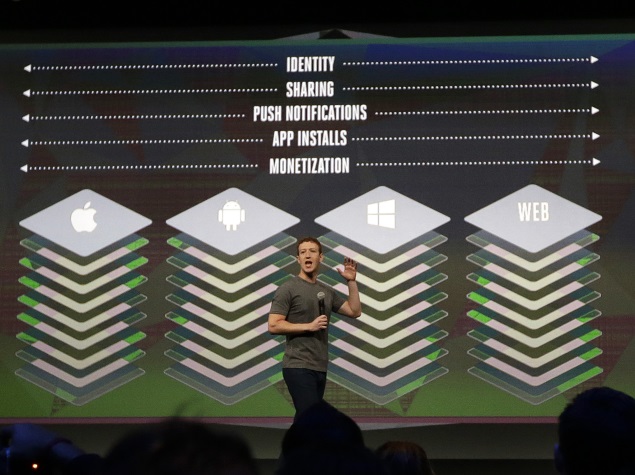 Mark Zuckerberg, like Facebook, is maturing. The soon-to-be 30-year-old chief executive of the decade-old social networking company grew reflective as he stood before hundreds of app developers to announce a host of mobile features designed to put "people first."

"We used to have this famous mantra, 'move fast and break things,'" Zuckerberg said at Facebook's f8 developer conference in San Francisco.

But moving quickly was sometimes so important that Facebook's engineers would tolerate a few bugs, or push out products that were not always fully baked. Fixing the bugs, Zuckerberg said, "was slowing us down." Backpedaling on features that didn't work - or that users didn't like - slowed things, too, though Zuckerberg did not mention that.

Facebook's new mantra may not be as sexy. Zuckerberg pointed to a new sign that read "Move fast with stable infra," as in infrastructure, and the audience laughed. Stability, it turns out, is the new maxim, and the era of breaking things is over.

In a rare bit of onstage rumination reflecting on the past decade, Zuckerberg said he and other Facebook employees realized they had created a culture of quick-witted, fast-moving engineers who took pride in being "hackers" who consistently put the company's best interests ahead of what users wanted.

Now, Zuckerberg says, the goal is "to build a culture of loving the people we serve that is as strong if not stronger than our culture of hacking at Facebook. I hope you can see the seeds of some of this today in what we are talking about."

The last time Facebook held a conference for app developers was in 2011. That was before the company attracted 1.28 billion users, before it went public, before it began showing mobile advertisements and before it paid eye-popping amounts of money to acquire popular apps like Instagram and WhatsApp.

In the tech world, three years can be a lifetime. Facebook's focus is now squarely on the mobile space, not just its own applications but those built by outside developers.

"As you get older you do gain perspective, and Facebook has," said David Kirkpatrick, author of "The Facebook Effect," a chronicle of the company's early years.

"It's astonishing that a 10-year-old company should be in a position to have as much influence in so many things in society as they do," he said. "And I think they are starting to take a much more serious approach to the opportunity and responsibility that goes along with their scale."

As part of its mobile, people-first focus, Facebook says it will let users log in to apps anonymously, without sharing their identities and personal information with mobile applications they don't trust.

Facebook's users can already use a "log in with Facebook" button to sign up for apps that let them listen to music, play games, read the news and monitor fitness activities. But using the button allows apps to access information related to the Facebook user's identity. 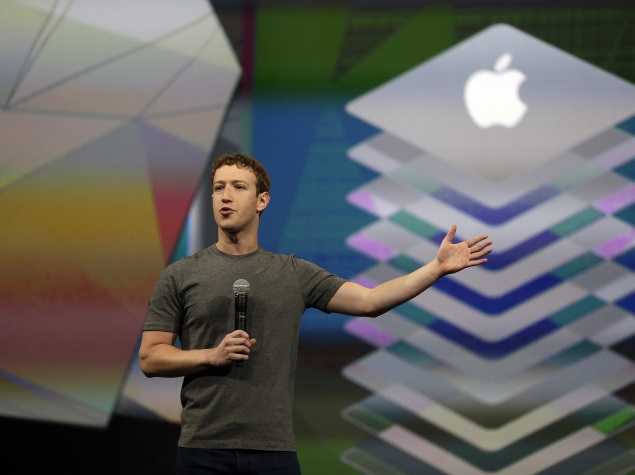 With the anonymous login, Facebook will have information about users but the apps won't. Zuckerberg said the feature will let more people to try out new apps that they may not trust yet with their personal information. App developers have the option of including the anonymous login as a feature, but they won't have to.

The company is also launching more granular controls that let people determine the types of information they share with apps when they want to use their Facebook identity to log in. Previously, apps could decide what information they wanted to access on people's Facebook pages - such as people's birthday, friends list or email address. Now, people can uncheck each, or all of these things.

Analysts suspect Facebook's evolution isn't as much an epiphany about privacy as it is about Zuckerberg' realization that the company has to take steps to ensure it holds on to its users and grapples with more competition.

"If Facebook has some sense that they are going to walk away because they don't feel like they are being put first, then they have a real problem on their hands. So, they are giving users some new features that they have been looking for a long time," said Gartner analyst Brian Blau.

Facebook also took the wraps off its long-awaited mobile advertising network, called "Audience Network," a product that enables Facebook to sell ads in mobile applications besides its own. For example, Coca Cola can show ads on a mobile game that a Facebook user has downloaded on his or her phone.

The service will increase its competition with Google, which dominates the mobile advertising market and has its own ad network. Twitter is expected to announce its own, too.

"Everything is going mobile right now, so in order to compete with companies like Google, it needs to have a strong mobile app, which it already does, and a strong way of delivering mobile advertising - not just within Facebook but across a network of mobile apps," said Debra Aho Williamson, an analyst with research firm eMarketer.

Williamson believes Facebook's ad network will help improve the health of the overall advertising business. Many mobile apps will likely be eager to work with Facebook because its social network already has relationships with more than 1 million advertisers and has accumulated valuable insights into people's interests.

"It's going to make it so that advertisers don't have to reinvent the wheel every time that they advertise," she said. "They will be able to go to just one source, one network and distribute it widely."

Facebook's share of the $9.7 billion U.S. mobile advertising market was 16 percent last year, according to eMarketer, compared with 41 percent for Google. This year, Google's share is expected to slide to under 38 percent, while Facebook's should increase to nearly 18 percent, according to the research firm.

Stephen Elop to pocket a cool $33.4 million as Nokia 'golden parachute'
OnePlus One '2014 Flagship Killer' to get general availability in June