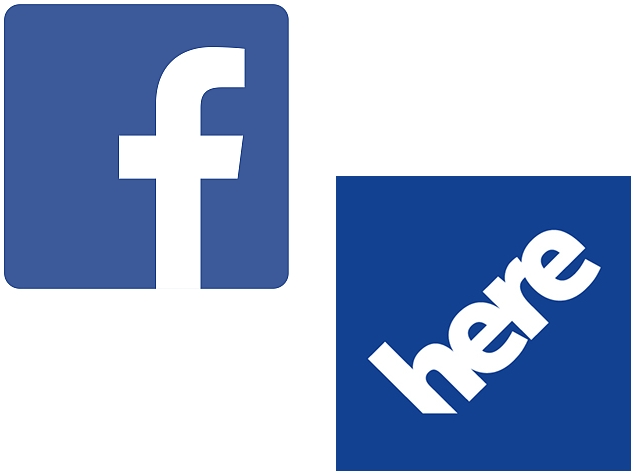 Following Nokia's announcement from last month confirming it had initiated a review of strategic options for its Here maps business, the company has quietly partnered Facebook to provide the social network its location data and mapping services.

It is notable that the social network was among several firms reportedly interested in buying Nokia's Here division, with others including Uber, Alibaba, Amazon, as well as a consortium of German carmakers including Audi, BMW, and Daimler.

Spotted by users on the Facebook mobile Web interface, user or venue location maps now appear to be powered by Nokia's Here. The company is also said to be using Here's location data for geocoding on Facebook, Instagram, and Messenger, apart from using Here maps in Android apps of Instagram and Messenger.

Spokespersons for both companies confirmed to TechCrunch that testing is indeed underway. The Facebook spokesperson said, "We are testing Nokia Here maps across Facebook to give us more control and flexibility in delivering a consistent maps experience. I can confirm that we're testing Here maps in Android versions of some of our standalone apps like Instagram and Messenger as well." In the meanwhile, a Here spokesperson said, "We're excited that our maps can be enjoyed by Facebook users."

As TechCrunch points out, this is not the first time that Facebook and Nokia's Here maps division have partnered. In February last year, Nokia announced the location data from apps like Facebook, Twitter, Instagram and Foursquare were helping make Here maps 'more intelligent'. The company then also pointed out that information was a two-way street, and that Windows Phone apps for Facebook, Instagram, Foursquare, Twitter, Michelin Travel, and Package Tracker were all using Here location data.

The latest move could indicate that Facebook is already in the process of finalising the buyout, or that it prefers the licensing costs of Here compared to other options. Facebook took on Foursquare when it rolled out its Nearby Friends feature last year, powered by its own Facebook Places location database.
Comments