Facebook said Tuesday it would begin offering rewards to people who report misuse of private information from the social network, as part of an effort to step up data protection in the wake of a firestorm.

The new program "will reward people with first-hand knowledge and proof of cases where a Facebook platform app collects and transfers people's data to another party to be sold, stolen or used for scams or political influence," product security chief Collin Greene said in a statement.

Greene said the new offer was inspired by the "bug bounty" offered by Facebook and other online services to reward people who find security flaws. 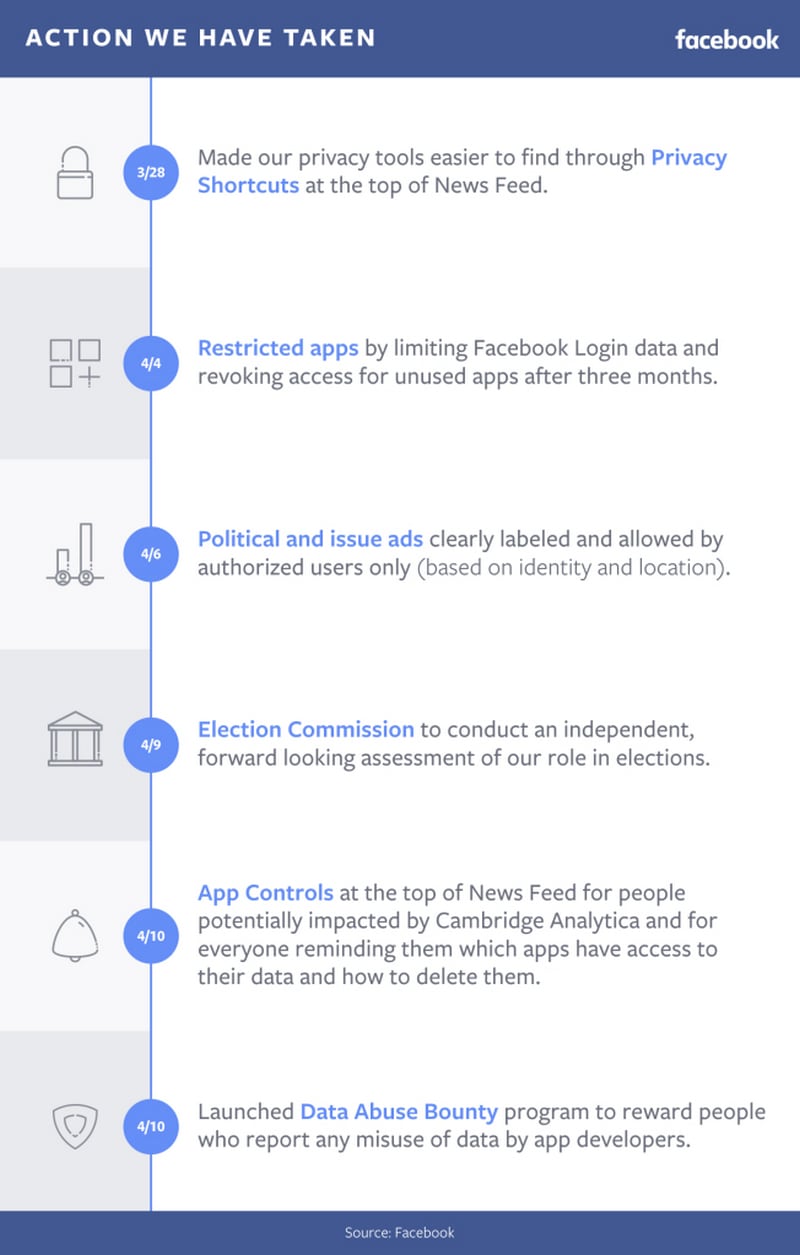 "While there is no maximum, high impact bug reports have garnered as much as $40,000 for people who bring them to our attention," he added.

The announcement comes with Facebook chief Mark Zuckerberg set to begin testimony at congressional hearings Tuesday and Wednesday on abuse of private data collected by the social network.

Facebook is under fire in the United States and around the world following disclosures of private data hijacked by the consultancy Cambridge Analytica, which was working for Donald Trump's 2016 campaign.

"We'll review all legitimate reports and respond as quickly as possible when we identify a credible threat to people's information," Greene said of the new program.

"If we confirm data abuse, we will shut down the offending app and take legal action against the company selling or buying the data, if necessary. We'll pay the person who reported the issue, and we'll also alert those we believe to be affected."