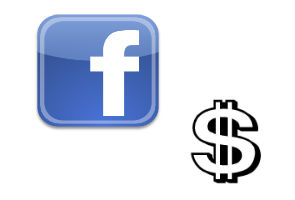 Highlights
Facebook will have market value of $234 billion by 2015, up from its current valuation of $85 billion, according to an analysis by brokerage firm Wedbush Securities that analyzes the valuations of private companies.

Wedbush Securities analyst Lou Kerner, who made this comment in a report last week, on what he called the 'Second Internet', says by 2015 Facebook will earn $11 billion on $22 billion and have a market value of $234 billion, Business Insider said Thursday.

But he now thinks Facebook's margins are better - around 50 percent - and that it will get a bigger share of the global advertisement market, according to the portal.

The analyst also believes "that other revenue sources - like Credits - will scale faster than he originally anticipated.''

Referring to the quick rise of companies as different as Facebook, Zynga, Twitter, The Huffington Post and Quora, the Wedbush Securities analysis says they are all players in the 'Second Internet'.

Because of the social nature of this rising internet companies, the analysis describes this phenomenon as the rise of the 'Social Internet.'

According to the report, only one technology company - Apple - has a current higher market cap of $321 billion than that predicted for Facebook by 2015.