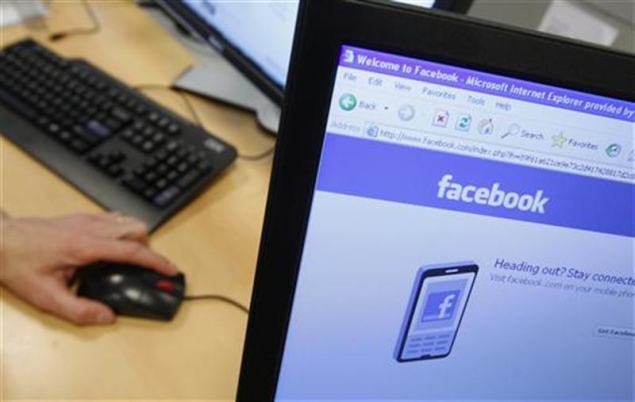 Facebook on Thursday began testing the feasibility of charging to guarantee that messages from strangers make it into inboxes of intended recipients at the social network.

Dabbling with getting people to pay to connect with Facebook members comes as the social network strives to tap the potential to make money from its membership base of more than a billion people.

The Facebook Messages test, limited to the United States, lets a sender pay a dollar to make sure an electronic missive is routed to someone's "inbox" even when the person isn't in their circle of friends.

Facebook messaging system was billed as being designed to deflect seemingly unwanted correspondence into an "other" folder that can be ignored.

Facebook said that it wanted to determine whether adding a "financial signal" improves its formula for delivering "relevant and useful" messages to members' inboxes.

Facebook already uses social cues, such as connections between friends, and algorithms that identify spam messages.

"This test is designed to address situations where neither social nor algorithmic signals are sufficient," Facebook said in a blog post.

"For example, if you want to send a message to someone you heard speak at an event but are not friends with, or if you want to message someone about a job opportunity, you can use this feature to reach their inbox."

The Menlo Park, California-based social network in 2011 introduced "other" folders as repositories for messages of dubious interest to recipients.

The test was introduced along with updates that included "basic" or "strict" filtering settings for inboxes.

The strict setting limits inboxes to little more than messages from friends at the social network, while the basic setting opens the door to friends of friends.

Facebook on Wednesday halted a test of placing ads in "apps" that synch to the leading social network, renewing questions on how it will boost revenues from members using smartphones or tablets.

Facebook contended that it was making a priority of developing ways to profit from posts shared between friends at the social network.

Facebook sparked a rebellion of Instagram users this week with proposed policy changes intended to improve the ability to make money from the smartphone photo sharing service it bought this year.

Instagram, which prior to the controversy had some 100 million users, this month distanced itself from Twitter in order to route photo viewers to its own website, where it has the potential to make money from ads or other mechanisms.

The service made it impossible for Internet users to view its images in messages at Twitter.

Facebook completed its purchase of Instagram in September. The original price was pegged at $1 billion but the final value was less because of a decline in the social network's share price.

Facebook went public in May with a resounding flop, its $38 initial public offering price immediately plunging to eventually less than half that. Shares were trading at $27.36 at the close of trading on the Nasdaq exchange on Thursday.

It may be "several months" before some users can download their Twitter archive
DRDO working on 'Indian OS', plans release in three years