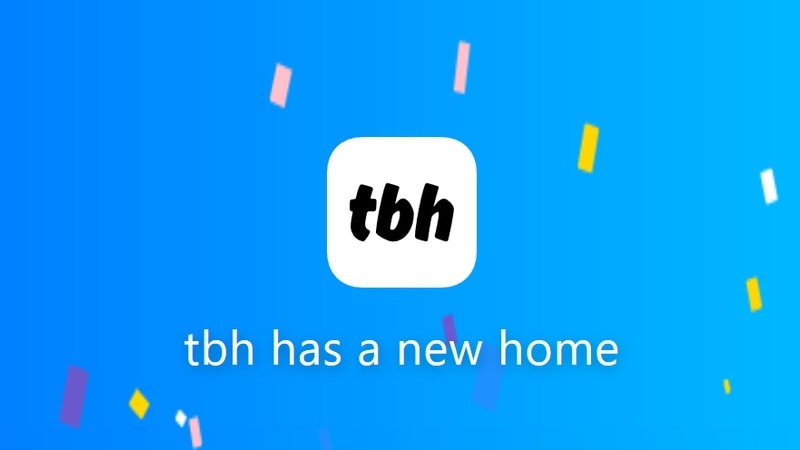 Facebook has acquired 'tbh', an anonymous polling app for teenagers which has over 5 million downloads and 2.5 million daily active users in the US.

"When we set out to build tbh, we wanted to create a community that made us feel happier and more confident about ourselves. We felt that people craved genuine and positive interactions in their online experiences," tbh said in a statement.

"Over the last few weeks, over 5 million people have downloaded tbh and sent over a billion messages. More importantly, we've been inspired by the countless stories where tbh helped people recover from depression and form better relationships with friends," it read.

Financial terms of the deal weren't disclosed but according to TechCrunch, it is likely to be somewhere around less than $100 million (Rs. 649.1 crores) and will not require regulatory approval.

"When we met with Facebook, we realised that we shared many of the same core values about connecting people through positive interactions. Most of all, we were compelled by the ways they could help us realise tbh's vision and bring it to more people," tbh said.