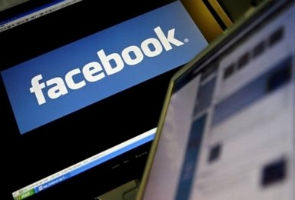 Highlights
A father is suing Facebook for not getting permission from parents or guardians before letting members of the online social network know when children "Like" brands.

"We believe this suit is completely without merit and we will fight it vigorously," Facebook said in an email response to an AFP inquiry.

Lawyers representing Scott Nastro and his son in a US district court in New York want the case to include all Facebook members in the state younger than 18 years old whose names or likenesses have been used in "Social Ads."

The civil suit filed on Tuesday accused California-based Facebook of misappropriating names or likenesses of Nastro's child and other minors to promote products or services as well as to expand its ranks of members.

"Facebook Inc. appears to be continually seeking new ways to use the names and likenesses of its members, including children, for its own marketing purposes," attorney Lee Squitieri said in court documents.

In late 2007, Facebook launched Social Ads that pair related online advertising with members' actions such as writing reviews for restaurants or indicating that they "Like" a brand.

The suit also took issue with Facebook for including minors in its "Friend Finder" service that recommends who members might want to connect with in the online community of more than 500 million people.

Squitieri called on the judge to ban Facebook from involving underage members with Social Ads or Friend Finder and was seeking damages as well as any money generated from ads involving minors at the social network.

The federal suit mirrors one filed in California state court last year accusing Facebook of wrongly using children's names or likenesses by sharing their "likes" at the social network with selected friends.