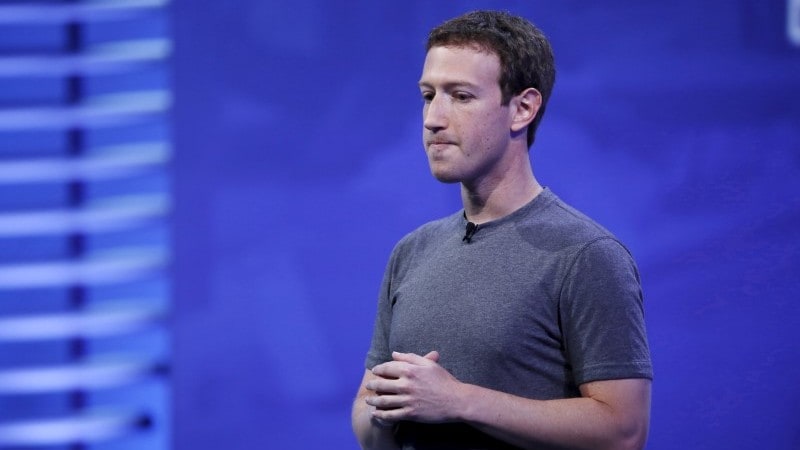 Facebook chief Mark Zuckerberg took out full-page ads in nine major British and US newspapers on Sunday to apologise for a huge data privacy scandal.

"We have a responsibility to protect your information. If we can't we don't deserve it," he said.

The ads ran in prominent positions in six British nationals, including the best-selling Mail on Sunday, The Sunday Times and The Observer - which helped break the story - as well as the New York Times, Washington Post and the Wall Street Journal.

Zuckerberg explained there was a quiz developed by a university researcher "that leaked Facebook data of millions of people in 2014".

"This was a breach of trust, and I'm sorry we didn't do more at the time. We're now taking steps to make sure this doesn't happen again," he said.

The ad reflects public statements Zuckerberg made last week after the row prompted investigations in Europe and the United States, and sent Facebook's share price plunging.

He repeated that the social media giant had changed the rules on apps so no such data breach could happen again.

"We're also investigating every single app that had access to large amounts of data before we fixed this. We expect there are others," he wrote.

"And when we find them, we will ban them and tell everyone affected."

There was no mention of the British firm accused of using the data, Cambridge Analytica, which worked on US President Donald Trump's 2016 campaign.

It too has blamed the University of Cambridge researcher Alexsandr Kogan, for any potential breach of data rules

Kogan created a lifestyle quiz app for Facebook which was downloaded by 270,000 people, but allowed access to tens of millions of their contacts.

Facebook says he passed this to Cambridge Analytica without its knowledge. Kogan says he is being made a scapegoat.