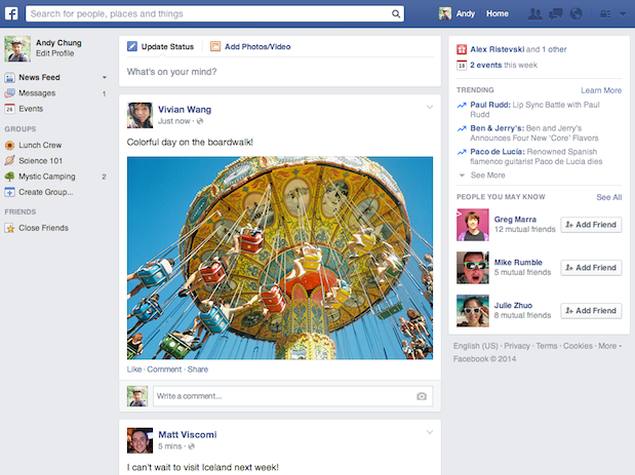 Facebook on Friday took the covers off a new News Feed design. The social network has faced a lot of criticism from users in the past over even minor design changes to the News Feed, so it will be interesting to see how the users react to the latest set of tweaks.

The new look of the News Feed (the first page you see when you open Facebook) focuses on photos, with large images, new fonts (Helvetica and Arial) and cards for stories. The look is very similar to its mobile apps, and will be rolled out to users around the world gradually over the next few weeks. You can read Facebook's full announcement here. 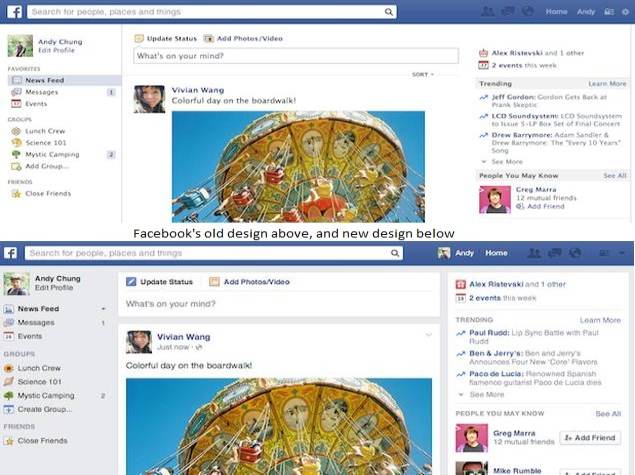 One year ago, Facebook had redesigned the News Feed to make it feel more like a "personalised newspaper". Users were given a large amount of control over what they were seeing, and they could also have clicked on navigation links on the right side of the screen, to jump to topics like sports or music related content as well.

Last year's redesign was rolled out to a fraction of the social network's users, but the feedback was apparently mixed. Facebook says people "liked the bigger photos and images, but found it more difficult to navigate Facebook overall." With the new layout, Facebook aims to combine the best of both worlds as it "keeps the layout and navigation people liked, but offers bigger images and photos, as well as a new font."

There design on mobiles remains the same. 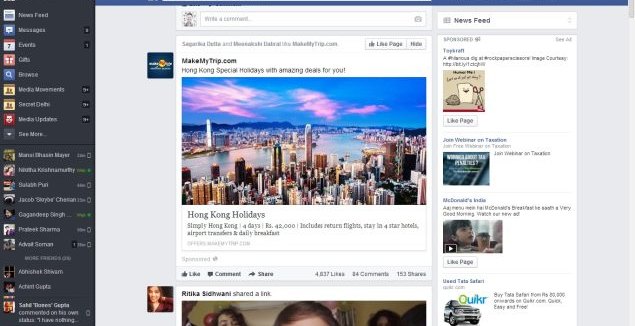 The latest News Feed is more familiar, and has ditched the drop down menu of feeds on the right which came in last year, and as can be seen from the screenshots, the new design is fairly close to the classic look but with a bigger emphasis on photos.

Facebook also clarified that their algorithms for surfacing content are not affected by the redesign, stating: "These changes are visual updates and do not affect how we surface content to people, nor do they change how stories are ranked in News Feed. Though in the new design all images are larger, both organic stories and ads will be the same size - similar to the way images appear on mobile."

This means that brands and marketers won't need to significantly change their tactics on the platform. The experimental design had also placed a lot of emphasis on helping you surface news; with this new look, it's clear that Facebook doesn't want to do that anymore, at least not on their desktop platform. The Paper app from Facebook suggests that they're splitting the two ideas off, which might actually be the best choice.
Comments