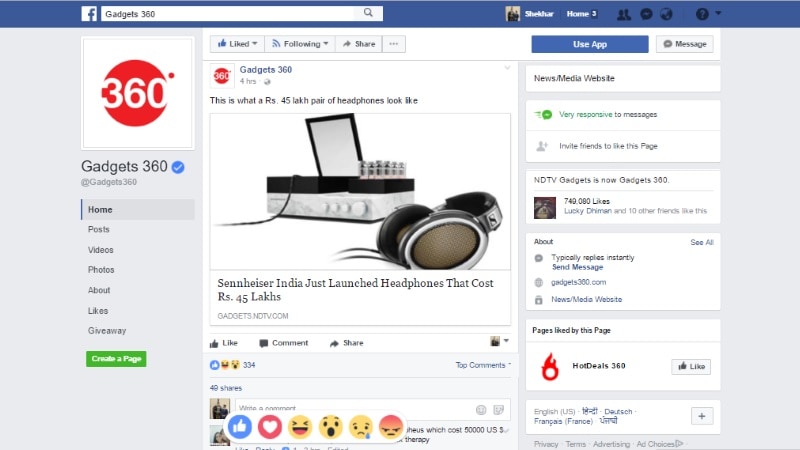 Facebook took its own sweet time before it introduced Reaction emojis to the social networking site, and then some more time to bring them to Messenger, but the company has now expanded Reactions to the comments section. Notably, before this update, users only had the option to like the comment of other users and not react with the new emojis.

This means that you can now use Reaction emojis including "love," "haha," "wow," "angry," and "sad," to react to comments while earlier you could only use these emojis to react to posts on the platform. The support for emojis in the comment section has been added on Android, iOS, and even the Web version of Facebook.

"We've heard from people they'd like more ways to show their reaction in conversations on Facebook, so we're rolling out the ability to react to comments," a Facebook spokesperson said in a statement, as per a report by Mashable.

Again, just like everything else in this world right now, the reaction emojis aren't everybody cup of tea and some people even find them annoying more than anything else. However, irrespective of how you feel about this feature, you can expect it to be rolling out to you if it hasn't already been made available.

Last month, Facebook added support for Message Reactions to Messenger. The Reactions feature allows users to react to individual messages with emojis. Apart from the usual set of emojis, what stood out from this update was that users could also react to messages using a 'thumbs down' emoji. As users have been requesting Facebook for a dislike button for years, this thumbs down emoji was a surprise from the social giant.