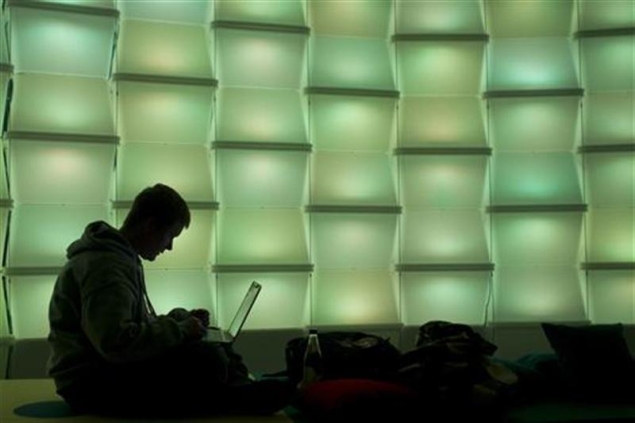 Cisco Systems Inc and Facebook Inc said on Wednesday they will work with big businesses such as hotels and retailers to provide free wireless Internet access to consumers who sign in using a Facebook log-in.

The companies have been testing the concept with smaller businesses for about a year but will work together to support bigger companies that want to improve customer loyalty or learn more about their customers through offering free Wi-Fi.

Rather than having to get the provider's Wi-Fi access code, a visitor to a coffee shop or a hotel, for example, could connect to the Wi-Fi system simply by logging onto Facebook and "checking in" to the business' Facebook page.

Cisco Chief Executive Officer John Chambers, in a speech at the Interop technology conference in New York, said the system would allow retailers to deliver tailored promotions or information to consumers who check in through Facebook when they arrive at a store.

Cisco said some customers of its Connected Mobile Experience Wi-Fi technology are currently testing the system.

While Cisco is looking to sell network equipment, Facebook is joining arch-rival Google Inc in helping its users connect directly to the Internet, which increases the amount of time they spend on the companies' advertising-supported websites.

Facebook is not funding the Wi-Fi effort, and merchants would pay for the network equipment and broadband costs.

As part of that deal, Google will also help develop a version of the Starbucks Digital Network, putting it in a strong position to offer targeted advertising and promote the music and other media the coffee retailer sells.