Facebook added the ability to start broadcasting live video from its iPhone app in the beginning of 2016. The social platform later expanded the service to more platforms. Now, Facebook plans to let users live stream broadcast non-stop with no time limit, but also without no option to save or share the video. Apart from new Live API, Facebook is also tweaking ways to find when a Live video receives "most engagement."

TechCrunch reported that the new Continuous Live Video API will allow users to stream continuous videos. It adds that the Live API initially had 12 partners but this has gone over 100 now. One of the biggest additions is that the new API allows "more professional broadcasters" to use their own "high-grade cameras" as well as control who can see the Live videos.

To recall, the Facebook Live video feature initially allowed live streams of up to 90 minutes. The new Live API can bring a lot of enhancements to Facebook such as broadcasting a whole event on Facebook instead of YouTube. However, to save space on Facebook servers, live streamers will not be able to save their videos permanently on the platform, while viewers will not be able to rewind to an earlier point in the video. 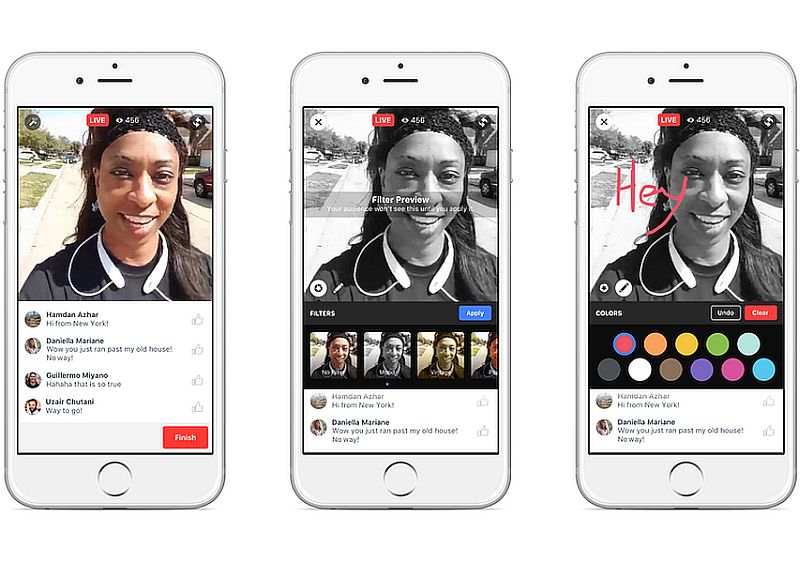 Facebook's Head of Video Fidji Simo said, "We've already seen some interesting use cases - for example, it was used by explore.org to power nature cameras - and we're looking forward to seeing what Live API developers come up with in the future. We expect developers and publishers to get creative with this new capability."

Apart from continuous broadcasting, the new API also adds the option to geotag. The option will allow creators "access the same control and customisation options we offer for regular videos," explains Simo.

Separately, , TechCrunch reports Facebook will be rolling out a new graph feature where users will be able to see when their live videos attract higher volumes of engagement. It will initially available to limited users. The company is said to utilise reactions to find when a Live video receives the most engagement and will allow users to fast-forward to the most important part of the video.

Fidji Simo explaining the new graph feature says, "Around two-thirds of the watch time for Facebook Live happens when the video is no longer live, which tells us that people are interested in watching live videos even if they can't catch them while they're happening. When people watch a live video after the fact, the engagement graph provides a valuable signal that can help people explore the video and easily identify highlights that they may find engaging, which could encourage people to spend more time with a video that they might have otherwise skipped over."