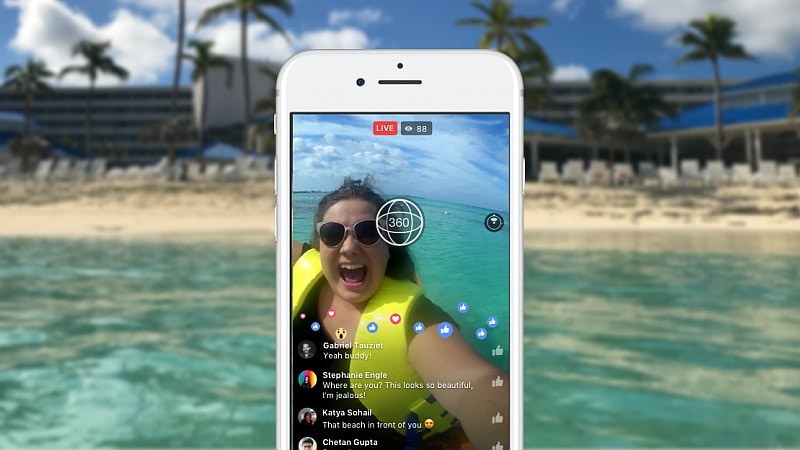 Facebook on Wednesday announced that its Live 360 streaming service is now open to all users. However, they will still need a compatible 360-degree camera with Live 360 integration. The announcement comes shortly after Samsung revealed the new version of its Gear 360 spherical camera, which adds support for live streaming apart from 4K and iPhone support.

Making the announcement in a blog post, Facebook listed a range of compatible 360-degree cameras. These are the Samsung Gear 360 (2017), Giroptic IO, Insta360, ALLie Camera, Z CAM S1, and Nokia Ozo. The company said it is working with other manufacturers to add more compatible cameras.

As for how to start a Live 360 broadcast, Facebook points people to its guide, adding that they can just as easily follow the steps shown on compatible cameras. Users can alternatively choose to generate a stream for standalone cameras.

To recall, Facebook's Live 360 service was first unveiled in December, and at the time, was only available to Pages. It had tied up with National Geographic to debut the service. With Wednesday's announcement, it is now available for all Pages and Profiles.