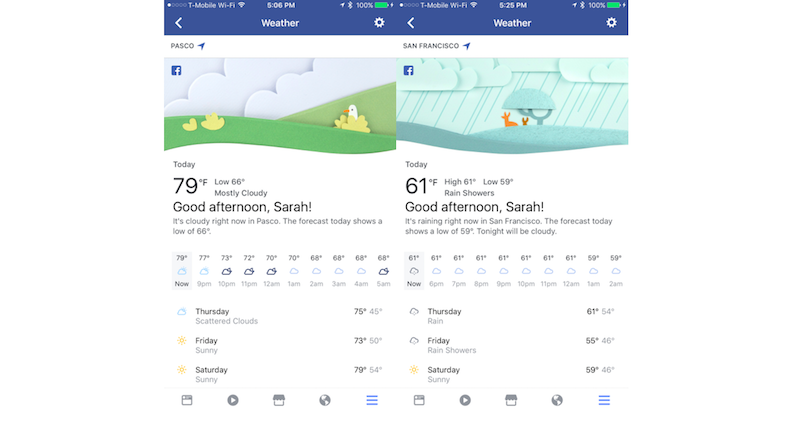 Facebook has rolled out a new feature that shows full weather forecast on its mobile app and desktop site.

According to a report in TechCrunch, within the new Weather section, users can view a full forecast for a week ahead, powered by data from Weather.com.

The new feature, an extension of its earlier version 'weather greetings', can be accessed from News Feed or the mobile app's 'More' menu.

"Facebook confirmed that the new feature was launched to around 95 per cent of its global population this week," the report noted.

Facebook rolled out 'weather greetings' a year ago in News Feed, which would briefly update the weather on top of the News Feed.

In the latest feature, users will see a similar weather information with a link to the full, five-day forecast.

"We are doing this because our goal is to develop products that connect people to the things they care about most and create moments of joy in people's day, like simply telling you that it's going to rain later," a Facebook spokesperson was quoted as saying.

Mass Effect: Andromeda Doesn’t Have the Paragon and Renegade System to Give It a Traditional RPG Feel
Moto Z Series Gets a New Moto Mod - The 'Edge' LED Notification Light