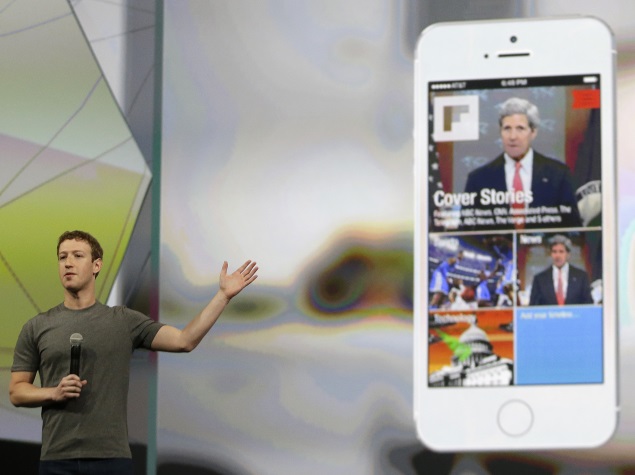 Facebook moved Wednesday to bolster the trust of its more than one billion users by providing new controls on how much information is shared on the world's leading social network.

In a major shift away from the notion long preached by Facebook co-founder and chief Mark Zuckerberg of having a single known identity online, people will be able to use applications anonymously at Facebook.

The social network also provided a streamlined way for people to control which data applications can access and began letting people rein in what friends can do with shared posts at Facebook.

Zuckerberg announced the changes, along with moves to make Facebook a more stable platform for applications, at the social network's sold-out f8 developers conference.

"By giving people more power and control, they are going to trust all the apps we build more and over time use them more," Zuckerberg told an audience of about 1,700 conference attendees.

"That is positive for everyone."

In a statement Facebook explained its new "Anonymous Login" as an easy way for people to try an app without sharing personal information from Facebook..

"People tell us they're sometimes worried about sharing information with apps and want more choice and control over what personal information apps receive," the company said. "Today's announcements put power and control squarely in people's hands."

People are scared
In coming weeks, Facebook will also roll out a redesigned dashboard to give users a simple way to manage or remove third-party applications linked to their profiles at the social network.

"This is really big from a user standpoint," JibJab chief executive Gregg Spiridellis said of what he heard during the keynote presentation that opened the one-day Facebook conference.

"I think they are seeing people are scared. They realize that long-term, they need to be trusted."

A JibJab application that can synch with Facebook lets people personalize digital greeting cards with images of themselves or friends.

In a major move that promises to help application makers bring in more money and to further challenge Google for online marketing revenue, Facebook is expanding a test of putting its ad-targeting prowess to work for developers.

A Facebook Audience Network will what people share publicly about themselves and their interests to pinpoint marketing messages in third-party apps linked to Facebook on desktop computers or mobile devices.

Better targeted ads promise to be more effective and, by extension, more attractive to marketers as well as app makers.

"These guys are so smart," Spiridellis said of the Facebook team. "Every publisher is going to switch to Audience."

Hacker way
Facebook revived its popular developers conference after a two-year hiatus and promised that the event will take place annually for the foreseeable future.

Zuckerberg said the overarching themes at f8 were ways to help developers "build, grow, and monetize" applications that synch with Facebook.

While Zuckerberg still proudly endorses a "hacker way" of creatively bending software in innovative directions, he promised developers that the Facebook platform on which they rely will deliver "stability and consistency."

"My goal is building a culture of loving the people we serve that is as strong as hacking it," Zuckerberg said as he wound up his presentation on a personal note.

He described being in a personally reflective period triggered by Facebook turning 10 years old in February and him marking his 30th birthday in just a few weeks.

It has also been 10 years since he first met his wife, Priscilla Chan, he added.

"It's a time to reflect in life, family, philanthropy and what is important in the 10 years ahead," Zuckerberg said.

PayPal overhauls brand as it shifts focus to mobiles and wearables
Google Nexus 6 to be based on LG G3, feature fingerprint sensor: Report