Facebook Data Shows India Is Now Its Biggest Market, Ahead of the US: Report

India seems to have become Facebook's biggest market, edging past the US, according a report that cites data Facebook shares with advertisers. As of July 13, India is said to have 241 million monthly active users, just ahead of the 240 million monthly active users in the US. The report notes that the data Facebook shares with advertisers can change on a daily basis.

A report by HootSuite and WeAreSocial notes that Facebook is referring to these statistics as "potential audience" for advertisers, where the audience in India is shown as bigger than the US. The report adds that now India and the US have an 11 percent share each of Facebook's total global monthly active users, followed by Brazil at 6 percent with 139 million users. 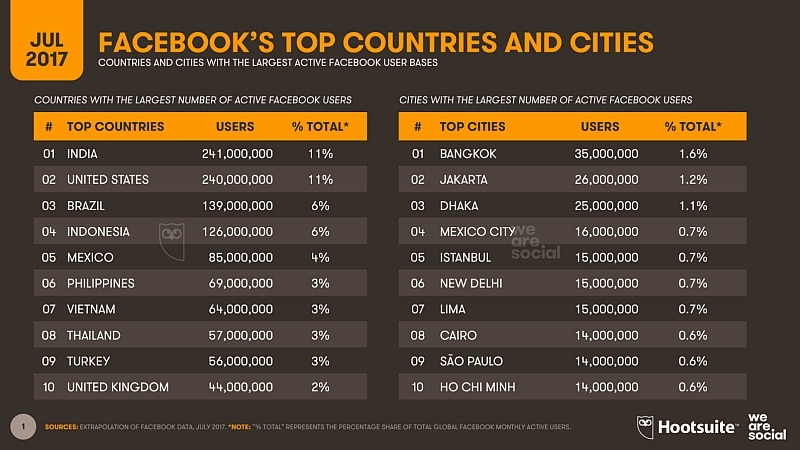 Other statistics shared by HootSuite and WeAreSocial include growth in monthly active users over the past six months, adding that India has seen a 27 percent growth (roughly 50 million users), while the US has seen 12 percent growth (roughly 26 million). This would suggest growth in India has been twice as fast as the US, which makes sense when one considers people in India are still slowly coming online.