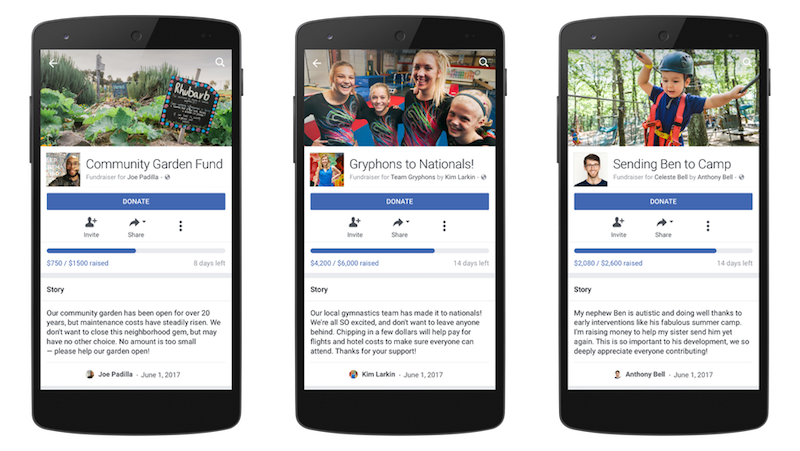 Facebook is expanding its fundraising tools that let users ask friends and strangers to give them money to help pay for education, medical or other expenses. It is now available to everyone in the US.

The company has been testing the tool, which is similar to online fundraising services such as GoFundMe, since March.

With the latest update unveiled Wednesday, it has added sports and community fundraisers as options. It's also possible to raise money for medical expenses for pets, crisis relief, funerals, and a slew of other categories.

To start a fundraiser, scroll down the "menu" icon on mobile until you get to the "fundraisers" category. On desktop, visit facebook.com/fundraisers. Facebook says it will review all fundraisers within 24 hours.

There is a fee of 6.9 percent of the total amount raised plus 30 cents for payment processing, vetting and security.

The huge social network - which has faced criticism for creating "filter bubbles" that reinforce the views of users, and has been accused of bias in selecting its news sources - said the new design will offer a "carousel" with a variety of websites.

"You've always been able to click on a topic to see related posts and stories, but we've redesigned the page to make it easier to discover other publications that are covering the story, as well as what your friends and public figures are saying about it," Facebook said in a blog post.

Another report claimed that Facebook has signed BuzzFeed, Vox, and other content outlets for original video programming.