Facebook efforts on advertising face a day of judgment 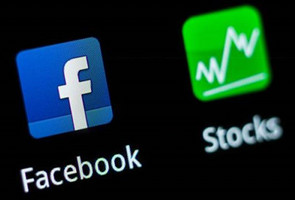 In the race for digital advertising dollars, Google has been the clear winner, with its ability to customize advertisements based on what you search for. But Facebook, which customizes ads based on who you and your friends are, hopes to be a contender. An important test of how it is doing will come on Thursday, when it releases its first earnings numbers since going public.

Facebook hired Gokul Rajaram to reach consumers across the Web with ads, and its mobile push is crucial.

The stakes could not be higher. Facebook made its initial public offering in May with an eye-poppingly high valuation, but its share price has plummeted since then. Advertising, largely in the United States, accounts for the bulk of its revenue, and the company is under intense pressure to show that it is growing fast enough to justify its high value.

In short, to please Wall Street, Facebook must first curry favor with Madison Avenue, and it is scrambling to do just that.

"Advertisers need more proof that actual advertising on Facebook offers a return on investment," said Debra Aho Williamson, an analyst with the market research firm eMarketer. "There is such disagreement over whether Facebook is the next big thing on the Internet or whether it's going to fail miserably."

Facebook's unique asset is the pile of personal data it collects from 900 million users. But using that data to serve up effective, profitable advertisements is a daunting task. Google has been in the advertising game longer and has roughly $40 billion in annual revenue from advertising - 10 times that of Facebook. Since the public offering, Wall Street has tempered its expectations for Facebook's advertising revenue, and shares closed Friday at $28.76, down from their initial price of $38.

In an indication of how critical it is for Facebook to get its advertising products right, the company called on Gokul Rajaram, an engineer who once ran Google's lucrative AdSense engine, to take charge of its own advertising products division. Facebook hired Mr. Rajaram in 2010, when it acquired his start-up, Chai Labs, which had built artificial-intelligence-based algorithms to analyze online data.

Today, he leads a team of engineers who are rolling out a variety of advertising tricks, including tools that can do what Google does so profitably: reach consumers across the Web.

Facebook declined repeated requests for an interview with Mr. Rajaram, and offered no details of its new advertising efforts.

Among the most promising of those efforts, from a marketer's point of view, is Facebook Exchange, which is intended to track the behavior of Facebook users when they are visiting other sites and serve up tailored advertisements when they return to Facebook.

Orbitz, the travel company, is among the advertisers that are trying Facebook Exchange. If it sees a consumer looking for, say, a business hotel in New York, Orbitz can place an advertisement for New York hotels on that user's Facebook page, with the hope that the user will return to the travel site and make the booking. Chris Stevens, senior director of retail for Orbitz, said it was too early to determine the impact on sales.

"If it does work, it's going to be great," said Karsten Weide, an International Data Corporation analyst who has been skeptical of Facebook's advertising prospects. "They have to prove advertising on Facebook works."

Another prominent experiment is Facebook's effort to let marketers reach its users outside of its garden walls. In June, it began showing targeted banner advertisements to Facebook users on the gaming site Zynga. Facebook has declined to say whether or how it plans to expand this tool, which comes closest to rivaling Google's power to advertise across the Web.

"It's sort of the first step in trying to expand outside of Facebook," said David Eastman, worldwide digital director at the advertising agency JWT. "This is simply part of Facebook's strategy to monetize themselves, and is likely the beginning of a series of products coming out in the next six months to a year designed to grow advertising revenue."

Reaching mobile users will have to be an essential part of Facebook's advertising strategy. Nearly half of Facebook users log in on their tablets or phones, and the company has acknowledged that its most pressing challenge is to figure out how to profit from them. It recently started allowing marketers to buy advertisements only on mobile platforms, which is where many companies, like retailers, are chasing potential customers.

"They're going to have to crack the mobile piece," Mr. Eastman said.

While advertising accounts for more than 85 percent of its revenue, Facebook is also looking for other ways to make money. In June, it announced that it would make it easier for users to buy online goods and services, including monthly subscriptions to video and music streaming services like Spotify, on the Facebook platform. It discontinued its virtual currency, Facebook Credits, which was mainly used to play games, and said it would accept credit card payments in local currencies worldwide. Analysts applauded it as a step toward pleasing Wall Street.

As a byproduct of its meteoric rise, Facebook is facing an inevitable hurdle: in the United States, where it makes most of its advertising revenue, it is not drawing new users. The latest numbers from comScore, a market research firm, showed that in May, 158.01 million unique visitors logged on to the network, down slightly from 158.69 million in April. Advertisers, and by extension shareholders, will look closely at whether Facebook can keep those users glued to the site for longer stretches of time.

Facebook is still growing in several countries, like Brazil and India, but it makes little to no money in those places.

Manuel A. Henriquez, chief executive of the venture capital firm Hercules and an investor in Facebook, called Thursday's earnings report a test for the company's chief executive and founder, Mark Zuckerberg, and his management team. "They have the data," Mr. Henriquez said. "If they can show effectively their ability to monetize domestic subscribers at an increasing rate, they'll have a lot of legitimacy."

That task falls squarely on the shoulders of Mr. Rajaram's engineering team, which is charged with writing the algorithms that will show the right advertisements to the right people. Its members often refer to themselves as the Math Men, in contrast to the Mad Men who once ruled the industry, and it helps that Mr. Rajaram, who has degrees in computer science and business, is the son of a high school math teacher.

But his challenge is much more than writing the right code. He must also apply Facebook data to marketing in a way that does not alienate users or invite scrutiny in court.

Indeed, Facebook hit a legal roadblock in May, when it reached a tentative settlement in a class-action lawsuit over the use of sponsored stories, one of its most effective advertising tools. In the would-be settlement, the company promised to inform users explicitly that their "likes" could be used as endorsements for a brand or page, and that they could opt out. By one estimate, it could cost Facebook $103 million in revenue.