Facebook has silently added a tool to let you remove multiple third-party apps that are accessing your personal data on the social networking site. The latest development, which has been rolled out on mobile and desktop, comes days after the Cambridge Analytica data scandal emerged publicly and adversely affected the growing presence of the Mark Zuckerberg-led company. To get out of the ongoing criticism over the data crisis, Facebook lately outlined various protective measures and also revamped its privacy settings to help users protect their data in an easier manner than before.

As spotted by The Next Web's Matt Navarra, the bulk app removal tool is now live in Facebook settings. Facebook confirmed its presence in a statement to TechCrunch. The tool, unlike the original way that had enabled the removal of apps accessing your data on a one-by-one basis, allows you to select multiple third-party apps from the list and then hit the Remove button. Facebook has also added an ability to remove apps automatically if a user hasn't used them in the last three months.

To remove multiple third-party apps accessing your Facebook data from a desktop, log in to your Facebook account and then click the down arrow next to the Quick Help (?) icon. This brings a dropdown menu from where you need to click on Settings and then Apps. After that, the App settings panel will show you all the apps that are accessing your Facebook data. You will now just need to select which apps you'd like to remove. Once selected, click on the Remove button. 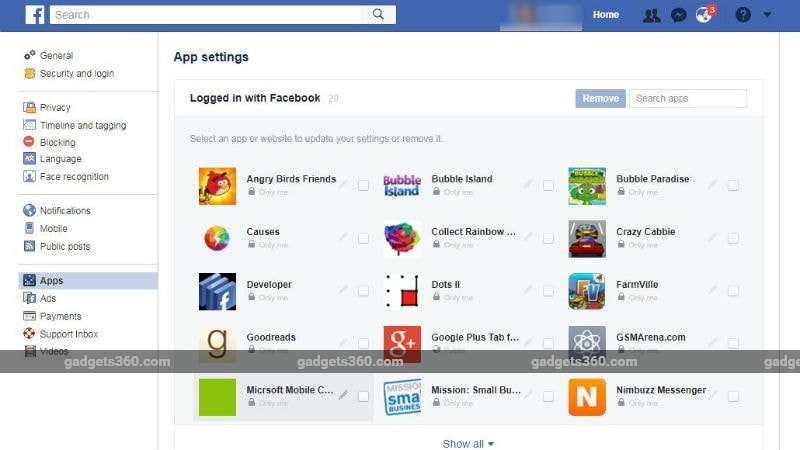 If you're on a mobile device, you just need to go to Apps from the Account settings and then tap the Logged in with Facebook option. From there, you'll see the list of apps that are accessing your Facebook data. You can easily remove these by tapping the check buttons available next to them and then hitting the Remove button. It is worth noting here that when removing the apps from Facebook, you'll be prompted to even delete all the posts made by those apps directly to your timeline or profile. 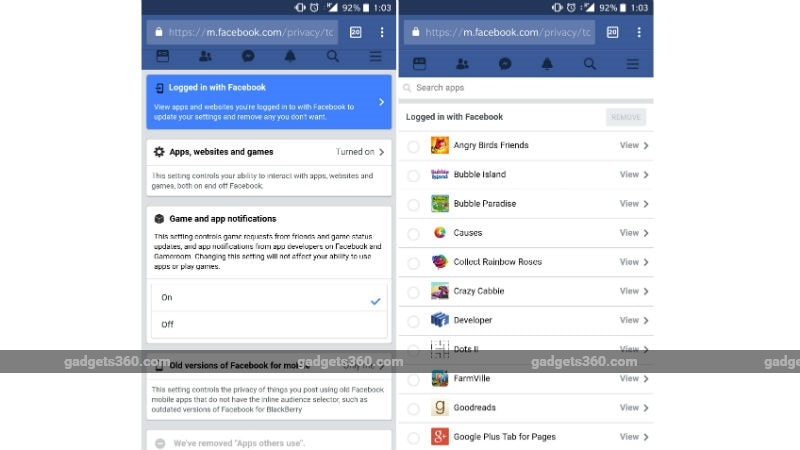 The arrival of the bulk removal tool certainly makes it easy for Facebook users to protect their data from third-party sources. Moreover, it is among the key developments that Facebook has planned to overcome the future instances of data abuse on its platform.