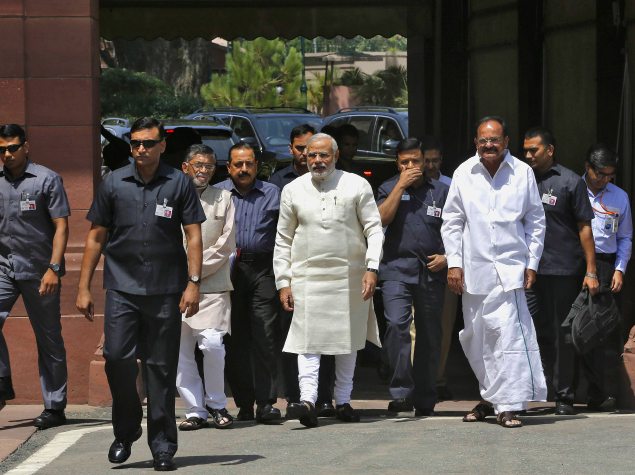 Prime Minister Narendra Modi has permitted Twitter unprecedented access to his administration in a drive to put social media at the heart of government, the U.S. Internet company said.

Modi deployed an army of supporters over Twitter and Facebook during his successful election campaign. He has put both the microblogging site and Facebook at the centre of his government's media and research strategies since taking office a month ago and has asked ministers and lawmakers to follow suit.

The 63-year-old's focus on social media presents opportunities for the companies, which see India as one of their top growth markets and are sending senior executives to forge relationships with the government.

With 5 million followers, Modi is the fourth most followed world leader on Twitter. He has 18.8 million Facebook likes.

Twitter has been given direct access to ministers and their staff, advising them on social media usage, as well as organising workshops to train ambassadors and other diplomats, said Raheel Khursheed, head of news, politics and government at Twitter India.

He said the level of interaction between the company and the new government was "unmatched" globally.

On Tuesday, President Pranab Mukherjee debuted on the site after three months of behind-the-scenes negotiations.

Facebook's Chief Operating Officer Sheryl Sandberg is currently in India, promoting the potential of Facebook as a tool for small businesses and economic expansion.

Sandberg has requested a meeting with Modi, a source at his Bharatiya Janata Party (BJP) said. She will meet India's minister for information and technology, Ravi Shankar Prasad, on Thursday, the source added.

Details were not available about Sandberg's discussion with government officials, but experts said India's low Internet penetration and legal cases often filed against Facebook for content posted by its users were likely on her agenda.

Though India has the world's third-largest Internet user base after the United States and China, just 13.7 percent of the population had access to the Internet in 2013, according to consulting firm eMarketer. By 2018 more than a quarter of population is forecast to be on the Web.

Markets outside North America account for roughly 84 percent of Facebook's 1.28 billion monthly users but account for a fraction of revenue.

"In terms of revenues (India) is minimal. Mostly it is skewed towards U.S.. But soon marketers will realise how Facebook can help increase engagement for their brands," said Neil Shah of Counterpoint Technology Market Research.

"We could see a shift in Facebook and Twitter's fortune in India."

Facebook says it has more than 100 million active users in India and Twitter has 40 million users. Those numbers are seen growing rapidly as Internet penetration and smartphone ownership grows over the next few years.