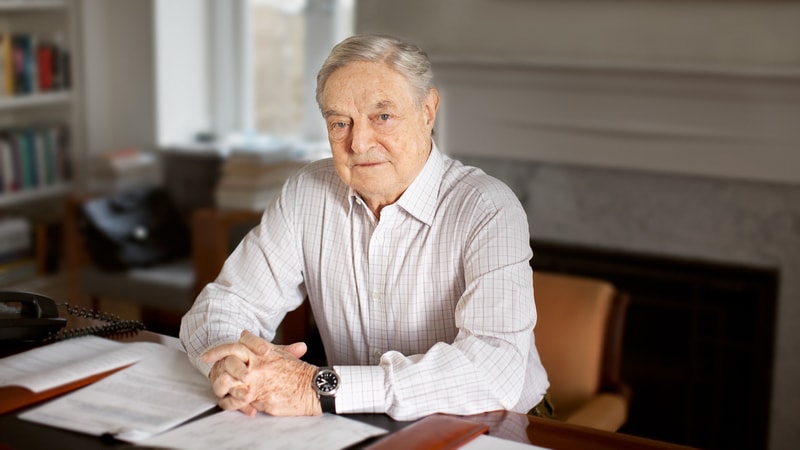 In a wide-ranging, scathing speech delivered at a dinner event at the World Economic Forum in Davos, Switzerland, Soros applauded the European Union's heightened enforcement aimed at Web giants. He also called for greater regulation of the tech companies, seizing on a growing backlash against Silicon Valley.

"Facebook and Google have grown into ever more powerful monopolies, they have become obstacles to innovation, and they have caused a variety of problems of which we are only now beginning to become aware," he said, according to a transcript of the speech.

Soros made the remarks as officials in Washington and industry critics continued to ramp up their scrutiny of the tech sector. That pressure has been directed at a broad array of issues, perhaps most prominently online advertising and the spread of disinformation on popular social media platforms.

In response, Facebook and Google have said they are open to greater government oversight in their ad operations. But Facebook has gone even further in recent weeks, publicly grappling with its role in global society. Last week Facebook even admitted in a blog post that social media can sometimes harm democracy.

Soros suggested that American officials draw from their European counterparts, particularly EU Competition Commissioner Margrethe Vestager, whom he described as the "nemesis" of American tech monopolies. Vestager, a former Danish economy minister, and other EU officials have recently advanced a host of enforcement actions against prominent US tech companies.

EU officials have sued Google over alleged antitrust violations tied to its search engine, its mobile operating system and its ad platform. In 2016, competition authorities ordered Apple to pay Ireland more than $15 billion (roughly Rs. 95,000 crores) in uncollected taxes; and Facebook has been penalised by several privacy watchdogs for breaking data protection rules.

Soros acknowledged that Europe's approach to antitrust law and regulation differs from that of the United States. But his criticism of Facebook and Google may empower Democrats who have already expressed scepticism toward Silicon Valley and the broader world of tech and telecom.

In October, for instance, congressional Democrats, with notable support from Republican Sen. John McCain, Ariz., introduced legislation that would place greater disclosure requirements on Web platforms that run political advertisements. The lawmakers behind the bill say the rules will help prevent Russia and other foreign powers from exploiting social media and undermining US elections. And last summer, the Democratic Party released a broad economic agenda, dubbed a "Better Deal," that included stricter enforcement of antitrust laws and a push against corporate monopolies.

While Soros is often criticised by conservative figures who oppose his political projects, his attack on the tech giants highlights a brewing convergence between leaders on the left and the right who have come to view Silicon Valley as a perverse influence on the country.

"It is only a matter of time before the global dominance of the US IT monopolies is broken," Soros said. "Davos is a good place to announce that their days are numbered."