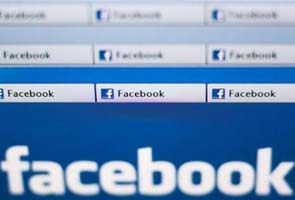 Asana, a Silicon Valley start-up, has lined up $28 million in a financing round led by PayPal co-founder Peter Thiel and his Founders Fund, the company said.

The funding round values the workplace-collaboration company at $280 million, a person familiar with the matter said.

"This investment allows us to attract the best and brightest designers and engineers," said Asana co-founder Justin Rosenstein, who said that in turn would help the company build on its goal of making interaction among its client-companies' employees easier.

Asana launched the free version last year of its company management software that makes it easier to collaborate on projects. It introduced a paid, premium service earlier this year. It declined to give revenue figures, but said "hundreds" of customers had upgraded to the premium version.

Although Rosenstein and co-founder Dustin Moskovitz are alumni of social-network Facebook  Moskovitz co-founded the service with his Harvard roommate Mark Zuckerberg - they were quick to distance Asana from social networking.

Instead, they say, they view the company as an alternative to email, in-person meetings, physical whiteboards, and spreadsheets.

"That's what we see as our competition," said Rosenstein. "Replacing those technologies."

With its latest funding round, Asana has now raised a total of $38 million from investors including Benchmark Capital and Andreessen Horowitz.

Thiel, who got to know Moskovitz and Rosenstein thanks to his early backing of Facebook, had already invested in Asana when it raised its "angel" round in early 2009. Now, his high-profile Founders Fund is investing and Thiel is joining Asana's board.

Facebook has 901 million monthly users and revenue last year of $3.7 billion. But its May initial public offering disappointed many investors after it priced at $38 per share and then quickly fell. It closed on Friday at $28.76.

Many investors speculate that start-ups will have to accept lower valuations in the wake of the Facebook IPO. The Asana co-founders said the terms of their latest funding round were set before Facebook debuted on public markets.

A few of Facebook's longtime employees have gone on to work on their own ventures.

Dave Morin, who joined Facebook in 200 6 from Apple, left in 2010 to found social network Path. Facebook alumni Adam D'Angelo and Charlie Cheever left in 2009 to start Quora, their question-and-answer company, which is also backed by Thiel.

Another former roommate of Zuckerberg's, Chris Hughes, also left a few years ago and coordinated online organizing for Barack Obama's 2008 presidential campaign. Now, he is publisher of the New Republic magazine.

Matt Cohler, who joined Facebook from LinkedIn early in 2005, joined venture capital firm Benchmark Capital in 2008. His investments there include Asana and Quora.