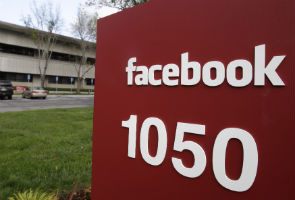 Highlights
Scientists have created an interface that will help Facebook users to keep their personal information secret.

Signing up for an app or game, Facebook users could override their global privacy settings. But now Penn State University researchers have devised a sign-up interface to tackle the problem, the Daily Mail reported Monday.

Researchers claim that many Facebook app developers may try to profit from their games and tools by selling or sharing the data with advertisers and other companies.

The information could also be leaked to identity thieves.

Penn State assistant professor of information sciences and technology Heng Xu pointed out that although each app must provide a link to its terms and conditions, the consequences for your privacy settings are obscure.

"The only way to find out how the information is going to be used is to go to each app's website and review the terms of use. And many people won't do that," the Mail quoted Heng as saying.

The sign-up screen currently is a general agreement that shows information third-party developers are requesting. If the member does not agree, the member cannot use the app.

The screen designed by the researchers allows members to decide what types of information they are comfortable sharing and with whom they want to share it.

The researchers, who presented their findings Sunday at the Association for Computer Machinery Symposium on Computer Human Interaction for Management of Information Technology, Boston, asked a group of Facebook members to try two app sign-up page designs.

This data can include birthdate, hometown and current city, as well as pictures the members uploaded to their pages.

Members may not consider data like hometown or birthdates vital information, but Heng said that hackers can use such information to guess social security numbers.

However, a Facebook spokesperson vigorously denied that using apps is a risky process for its users, according to the newspaper.

He said: "This research was conducted using a sample size of just 11 people and makes a number of misleading claims."

"Facebook has used feedback from the 800 million people who use the site to develop a strict app permissions process, where apps have to ask you what information they need in order to run."
Comments