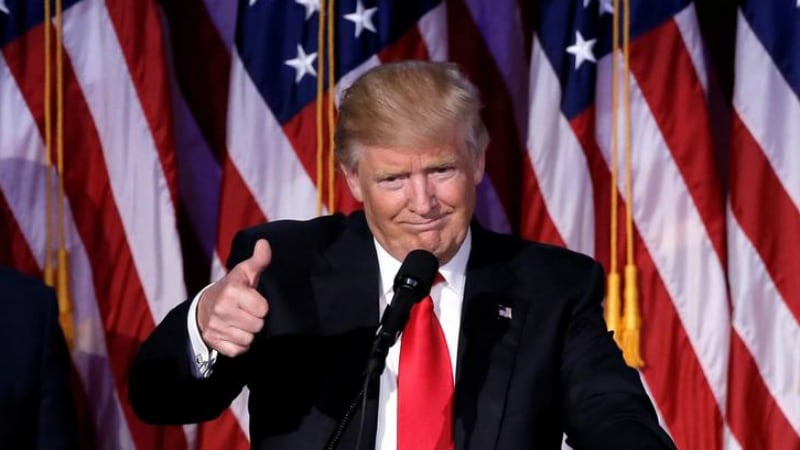 Most in the Silicon Valley were pretty vocal about their anti-Trump feelings in the run up to the election, so it's no surprise that the mood in the mecca of technology is a little subdued ever since news of Donald Trump's victory came through.

While big names such as Apple CEO Tim Cook, Amazon CEO Jeff Bezos, and Tesla CEO Elon Musk have been silent since Donald Trump was confirmed as the 45th President of the United States, many bigwigs of the US tech industry have come forward to either congratulate Trump or express their anguish.

Here's how some big names from the world of technology reacted to Donald Trump's election as the next US president.

Facebook co-founder and CEO Mark Zuckerberg
On his Facebook page, co-founder and chief executive officer Mark Zuckerberg said, "Holding Max, I thought about all the work ahead of us to create the world we want for our children. This work is bigger than any presidency and progress does not move in a straight line. We are all blessed to have the ability to make the world better, and we have the responsibility to do it. Let's go work even harder."

Microsoft CEO Satya Nadella
Satya Nadella in a LinkedIn post congratulated president-elect Donald Trump, and said that Microsoft looks forward to "working with all those elected yesterday. Our commitment to our mission and values are steadfast, and in particular fostering a diverse and inclusive culture."

Congratulations President Trump. This is what makes America great---our democracy. Now is the time for us to come together as one country.

Silicon Valley investor Mark Cuban
Mark Cuban, serial entrepreneur and investor, initially supported Trump's candidacy bid, but later became one of the most prominent voices against the Republican nominee. After the results were announced, Cuban tweeted that Donald Trump needs to be given a chance, but also added that Hillary Clinton will win the popular vote.

We all need to give President-Elect Trump a chance. Support the good. Lobby against what we disagree on. No one is bigger than us all

Let us not forget Sec Clinton will win the popular vote. All Voices Matter as we come together under a new President

Silicon Valley investor Peter Thiel
Billionaire investor Peter Thiel was one of the few tech voices who has been a vocal supporter of Donald Trump since the start of his campaign. The PayPal and Palantir co-founder said after the results, "Congratulations to President-elect Donald Trump. He has an awesomely difficult task, since it is long past time for us to face up to our country's problems. We're going to need all hands on deck." He also said, "A page in the book of history has turned, and there is an opening to think about some of our problems from a new perspective. I'll try to help the president in any way I can."

Trump's view of America *wasn't* correct. We *weren't* going to hell in a handbasket. Institutions *could* be trusted. But...

Strange that the best case scenario at this point is that Trump has been lying about his views and plans the entire time.

Levie also posted his thoughts on the elections on blogging platform Medium.

I am surprised & disappointed. But now that the people have spoken, we should accept the result & work together to move the country forward.

Entrepreneur and venture capitalist Shervin Pishevar
Shervin Pishevar called for California to secede from the US and become an independent country in order to dissociate itself from a Donald Trump regime.

1/ If Trump wins I am announcing and funding a legitimate campaign for California to become its own nation.

Talking to CNN, Pishevar said, "It's the most patriotic thing I can do. The country is at serious crossroads. Calling it New California."

@shervin I was literally just going to tweet this. I'm in and will partner with you on it.