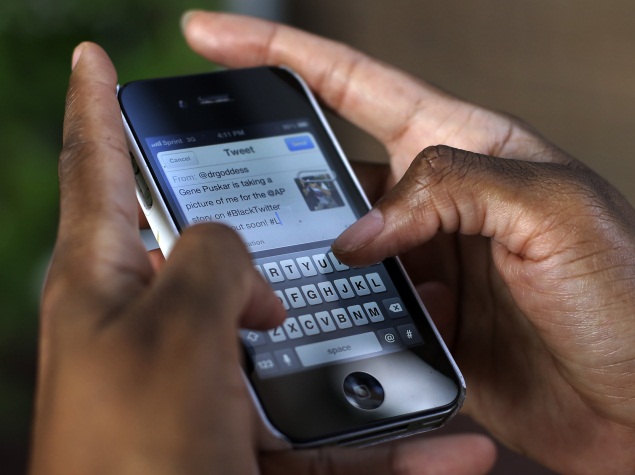 The hashtag gave it away.

When a Florida jury convicted Michael Dunn of attempted murder, but not actual murder, in the shooting death of black teenager Jordan Davis, the hashtag (hash)dangerousblackchildren popped up on Twitter. Users posted photos of black babies and toddlers, spoofing the fear that Dunn testified he felt before opening fire on a carful of teens at a convenience store.

That hashtag was the calling card of Black Twitter, a small corner of the social media giant where an unabashedly black spin on life gets served up in 140-character installments.

Black Twitter holds court on pretty much everything from President Barack Obama to the latest TV reality show antics. But Black Twitter can also turn activist quickly. When it does, things happen - like the cancellation of a book deal for a juror in the George Zimmerman trial, or the demise of Zimmerman's subsequent attempt to star at celebrity boxing.

Catchy hashtags are a hallmark and give clues that the tweeting in question is a Black Twitter thing.

"It's kind of like the black table in the lunchroom, sort of, where people with like interests and experiences, and ways of talking and communication, lump together and talk among themselves," said Tracy Clayton, a blogger and editor at Buzzfeed known on Twitter as (at)brokeymcpoverty.

Black Twitter is not a special website or a smartphone app. The hashtag (hash)blacktwitter itself won't necessarily lead you to it. It doesn't exactly stick out among the trending topics on Twitter, even though it's been known to cause a topic or two to trend. It is not exclusively black - there are blacks who don't participate in it, and people of other races who do.

"Black Twitter brings the fullness of black humanity into the social network and that is why it has become so fascinating," said Kimberly C. Ellis, who has a doctorate in American and Africana Studies, tweets as (at)drgoddess and is studying Black Twitter for her upcoming book, "The Bombastic Brilliance of Black Twitter."

According a Pew Research Center report, while similar numbers of blacks and whites use the Internet - 80 percent and 87 percent, respectively - 22 percent of those blacks who were online used Twitter in 2013, compared with 16 percent of online whites.

Meredith Clark, a doctoral candidate at the University of North Carolina at Chapel Hill who is writing her dissertation on Black Twitter, likened it to "Freedom's Journal," the first African-American newspaper in the United States. On that publication's first front page in 1827, it declared: "We wish to plead our own cause. Too long have others spoken for us."

"If you are from a particularly marginalized community or one where others have spoken for you, but you have not had the agency to really speak for yourself or make your truth known, then it is absolutely necessary that in any instance you can take on that agency that you do so," said Clark, who tweets from (at)meredithclark. "And so that is what you see happening in Black Twitter."

Mainstream U.S. media first took serious notice of Black Twitter last year, when it abruptly rose up to scuttle a book deal for a juror in the trial of Zimmerman, who was acquitted of murder in the death of Trayvon Martin. That was the first time that blacks used Twitter "in a very powerful and political way," said Houston black social media consultant Crystal Washington.

Most recently, Black Twitter reared its head through hashtags like (hash)stopthefight, to protest a proposed celebrity boxing match supposedly between Zimmerman and rapper DMX. The promoter quickly canceled after a flood of Twitter complaints.

Such death-by-Twitter activism could very well be the harbinger of a new civil rights strategy, Ellis said. She noted that a short amount of time elapsed between the moment Black Twitter noticed the juror's book deal and the moment it was called off. The same was true of the Zimmerman boxing match.

"Ask the NAACP how long it would have taken had that been one of their initiatives," Ellis said.

The NAACP employed the hashtag (hash)TooMuchDoubt for its unsuccessful attempt to halt the execution of Georgia death row inmate Troy Davis, and the hashtag (hash)OscarGrant on tweets about its activism over the police killing of black teenager Oscar Grant, whose life was later documented in the movie "Fruitvale Station."

"We realized more than anyone that we had to go in that direction and we've done it," NAACP interim President Lorraine Miller said of the NAACP's social media use during a recent appearance on C-SPAN's "Newsmakers" program.

Black Twitter also helped to fuel objections last year over Reebok's relationship with rapper Rick Ross, whose lyrics were being criticized as pro-rape. Ross had appeared in an ad for the Reebok Classic sneakers. He tweeted an apology before issuing a formal statement again apologizing. Once protesters showed up outside a Reebok store in New York, Reebok nixed the deal.

Also last year, Black Twitter set its sights on BuzzFeed, a news site that uses technological feedback to tailor content. No sooner than BuzzFeed posted an article about Black Twitter following Zimmerman's trial, tweeters began dreaming up BuzzFeed-type lists with a black twist to them. The hashtag (hash)BlackBuzzFeed trended worldwide.

"Black Twitter made this the No. 2 hashtag worldwide. Our wig has thoroughly been snatched. (asterisk)Bows down(asterisk)" BuzzFeed acknowledged.

Black Twitter arguably had its biggest field day last year with embattled celebrity cook Paula Deen, whose admission that she used racial slurs in the past inspired the (hash)paulasbestdishes hashtag, featuring recipe titles such as "Massa-Roni and Cheese" and "We Shall Over-Crumb Cake."

Washington said Black Twitter's playful take on the Deen controversy may have been a dry run to the Zimmerman juror takedown.

"I'm not sure that Twitter users, especially African-Americans, would have zeroed in on the juror's book deal had it not been for the aftermath of (hash)paulasbestdishes just weeks before," Washington said.