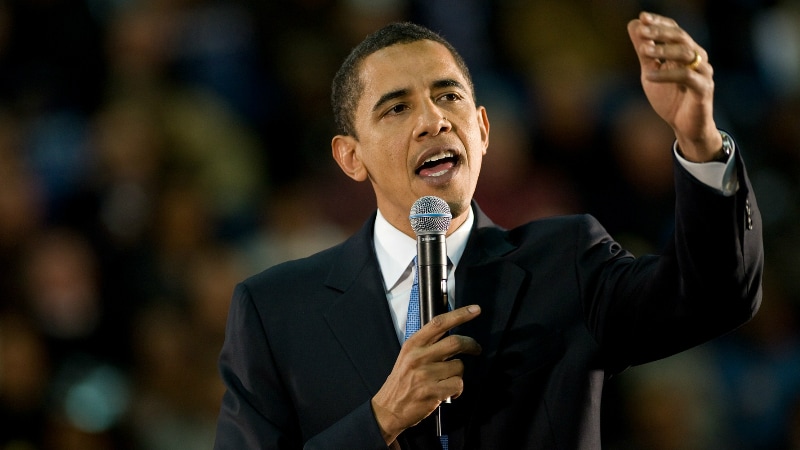 In a joint press conference with German Chancellor Angela Merkel, US President Barack Obama touched upon the current dissemination of misinformation on social media. He said that the increasing push of fake news on Facebook and other digital social channels is hurting the basic principles of democracy.

Facebook and Google in particular have come under the scanner for not being able to distinguish between genuine and false news during the course of the election campaign. Facebook's CEO Mark Zuckerberg recently had to defend the company from claims that it helped in the outcome of the elections with its News Feed full of fake news.

While Obama hinted that the election was largely influenced by fake posts on social media, Zuckerberg maintains that Facebook had nothing to do with it. "Of all the content on Facebook, more than 99% of what people see is authentic. Only a very small amount is fake news and hoaxes. The hoaxes that do exist are not limited to one partisan view, or even to politics. Overall, this makes it extremely unlikely hoaxes changed the outcome of this election in one direction or the other," Zuckerberg wrote in a note on Facebook.

However, Zuckerberg did say that the engineers had begun work where it would look to flag hoaxes and fake news, but it's a tough task as identifying the 'truth' is complicated. Google was also seen promoting false links when people searched for keywords like 'final election count'. While all the big news outlet maintained that Hillary Clinton won the popular vote, Google returned as one of its top results a small WordPress site called 70news that published fake news claiming Trump won both the popular and electoral college votes.

At the press conference, Obama asserts, "In an age where there's so much active misinformation and it's packaged very well, and it looks the same when you see it on a Facebook page or you turn on your television - where some overzealousness on the part of, you know, a U.S. official is equated with constant and severe repression elsewhere, if everything seems to be the same, and no distinctions are made, then we won't know what to protect. We won't know what to fight for, and we can lose so much of what we've gained in terms of the kind of democratic freedoms and market-based economies and prosperity that we've come to take for granted."

Obama highlights a very important growing problem that has suddenly arisen due to the increasing influence of social media. Most Internet businesses breathe traffic and use SEO tricks to rank on top of Google search results, irrespective of being false or exaggerated news. While there are many people who can sift legitimacy between fake and real sites, there exists a huge section that still believe whatever they read. A recent BuzzFeed investigation revealed that top fake election news stories generated more total engagement on Facebook than top election stories from 19 major news outlets combined. While it would be practically impossible to manually filter all news that is shared on social media, Facebook needs to up its algorithm game and introduce fact-checking tools to combat this issue.

Google has been trying to eradicate spammers since many years, and this year it even introduced a fact-check feature for news stories. However, the US election is testimony enough that more real changes need to come soon.