Apple Accidentally Leaks Its Own iPhone News on Twitter 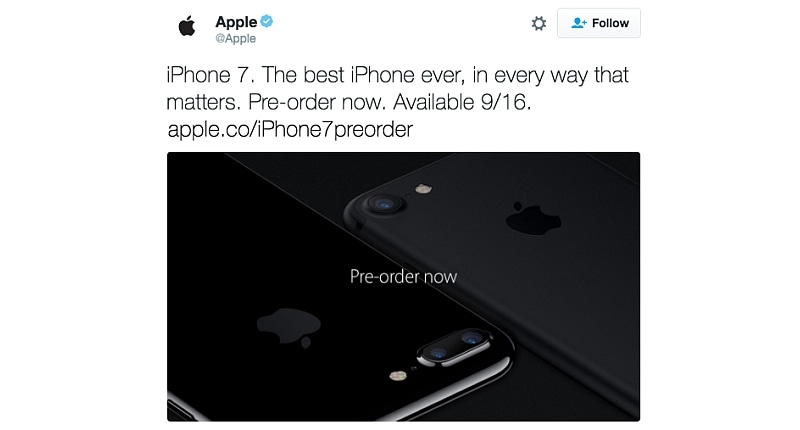 The super-secretive company leaked its own biggest news of the year via Twitter, posting video of the iPhone 7 about 45 minutes before its executives would reveal it onstage at the company's annual event in San Francisco. One video of the iPhone's waterproof features was shared 1,500 times before it was deleted.

The account also revealed that the iPhone 7 Plus would have a dual camera, stereo speakers and longer battery life, and prompted people to pre-order it. The phone will be available September 16, another tweet (seen above) said. All of the posts were deleted about 10 minutes after they were published, giving the media enough time to write stories off the information.

Apple made its account on Twitter official - with a blue checkmark to show the messages were legitimately from the company - just five days ago, with the intention of using it to promote the phone. The move was seen as good for Twitter, too. The social media company, struggling to grow, benefits from the tech juggernaut using its service.

Apple didn't immediately respond to a request for comment. But commentators on Twitter reached a consensus: someone's probably getting fired.