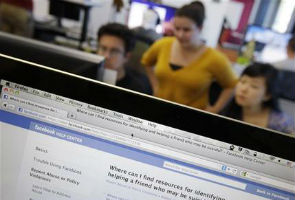 Highlights
Facebook is hoping to raise $5 billion in an initial public offering of stock. It would be the largest IPO ever for an Internet company. Here are the top 10 so far, according to Renaissance Capital, an IPO investment adviser:

Note: Public trading typically begins the day after the IPO. Amounts reflect what's raised both by companies and their early investors and do not include extra shares known as overallotment, which are set aside to meet heavy demand.
Comments