AIB Supports Net Neutrality in India With 'Save the Internet' Video 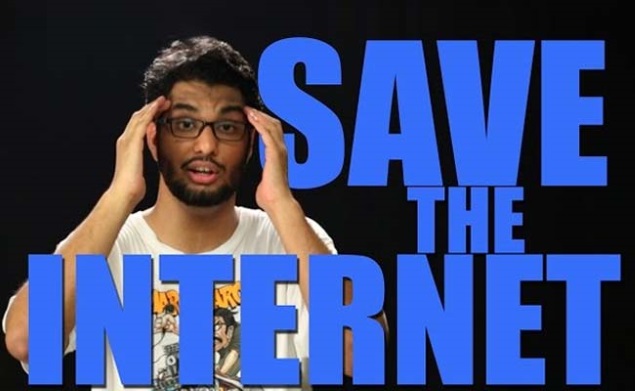 Stand-up comedy group AIB has returned with an online video, "Save The Internet", three months after their show "AIB Knockout" had kicked up a controversy.

The earlier show, which featured Bollywood celebrities Karan Johar, Ranveer Singh and Arjun Kapoor, invited flak from various sections of the society for the use of expletives.

The row forced AIB to pull out the show from YouTube and also sent the group into hibernation.

This time, AIB has created a nine-minute long video on net neutrality, which states that Internet service providers and governments should treat all data on the Internet equally, not discriminating or charging differentially by user, content, site, platform, application.

The four members of the group, in their usual humorous manner, take on the various telecom operators in the country, saying they are trying to push Telecom Regulatory Authority of India into allowing them to block apps and websites to "extort" more money from consumers and businesses.

"The new AIB video is out. This time, we want you to #SaveTheInternet. Share this video and spread the message to everyone you know who uses the Internet. Please, log onto www.savetheinternet.in," read a post shared by AIB on its official Facebook page.

"Please give 30 seconds of your time to do this. http://www.savetheinternet.in/," said Farhan Akhtar.

Actor Sidharth Malhotra tweeted, "#SaveTheInternet push for net neutrality. Internet is a utility not a luxury."

Arjun wrote, "Come on India, you need to #SaveTheInternet, and #NetNeutralityIndia."