What Microsoft Should Do to Make LinkedIn Acquisition a Success 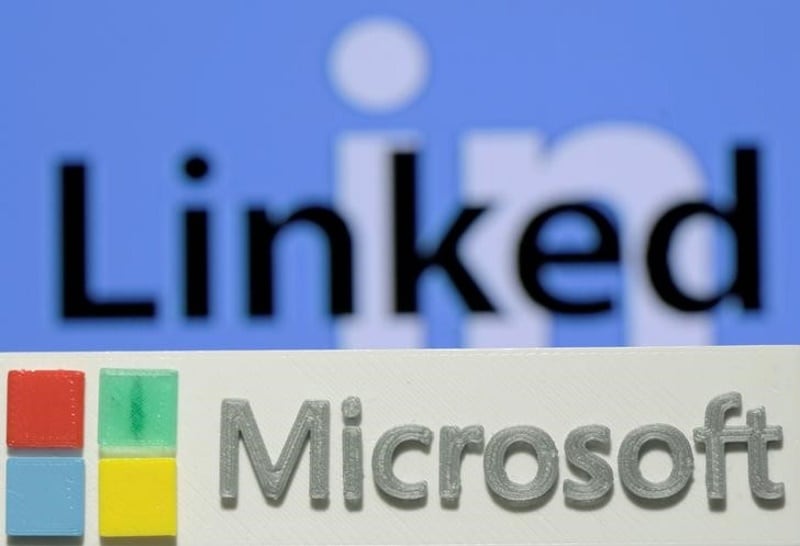 As Microsoft officially swallows LinkedIn, it should have one goal: Make this acquisition different. The company has a track record of big buys gone south, and writedowns have topped $13 billion since 2012. The purchase of Nokia's handset unit seemed doomed from the start, but buying aQuantive, which made software for selling display ads on the web, seemed like a good idea - yet it ended up being a costly mistake. Here's what Chief Executive Officer Satya Nadella should do to keep the recently-completed LinkedIn deal from joining the ash-heap of M&A history.

1. Keep LinkedIn Chief Executive Officer Jeff Weiner - and for more than the two to three years that acquired executives usually stick around. Weiner is wildly popular among the staff. He talks a lot about "managing compassionately:" When LinkedIn shares plummeted last February after a bad earnings report, he held a company meeting to ease everyone's fears. Then he gave up his $14 million stock award, distributing it instead to employees. He's also one of the few Silicon Valley executives who can speak about a corporate mission - helping people find better jobs - with enough sincerity for listeners to buy it.

Microsoft has acquired companies with well-regarded leaders in the past, David Sacks's Yammer and Mike McCue's Tellme Networks among them. Both of those founders stayed at Microsoft for about two years before departing. Then their companies got subsumed, losing steam and staff. If you can't remember what Microsoft did with Tellme, a voice-controlled telephone applications company, you're not alone. And last month Microsoft introduced a new enterprise social service to compete with Slack, leaving many to ask: "Isn't that what Yammer was supposed to do?"

Right now, Weiner is saying the right things -"He truly believes this is his dream job," said LinkedIn spokeswoman Melissa Selcher - but some wonder if he'll be in it for the long haul. "I have to believe in three years, Jeff is not there," said Steve Goodman, an investor and entrepreneur who sold his company, Bright.com, to LinkedIn in 2014. "LinkedIn has one of the leading mission driven cultures in Silicon Valley," he said. "Microsoft will have to tread carefully to maintain this. Jeff will have to thread a needle."

2. Let LinkedIn be LinkedIn. This is hard. Many acquirers don't try giving the purchased company its independence, because the whole value of the deal comes from effective integration.

"It's very difficult to keep the cultures separate," said Douglas Melsheimer, a partner at investment banking firm Bulger Partners. "I can't think of an example of a large-scale acquisition like this where the acquired company really maintained any independence. Their fate is sealed, to a degree."

Microsoft doesn't intend for LinkedIn to be run as a fully independent subsidiary, the way Warren Buffett's Berkshire Hathaway acquisitions operate, said a person familiar with Microsoft's plans, who didn't want to be named because the assimilation planning is private. And LinkedIn will report financial results as part of Microsoft's Productivity and Business Processes unit rather than getting its own line, according to Selcher. But to keep LinkedIn's special sauce, Microsoft execs shouldn't impose their will on Weiner, like demanding an integration with Windows that doesn't make sense for LinkedIn.

LinkedIn and Microsoft have cited Facebook's 2012 acquisition of Instagram as a model. Instagram has its own CEO, campus and separate HR system, as well as smaller but important signals like different employee badges. Ryan Roslansky, LinkedIn's vice president of product, said LinkedIn will retain many of the same privileges, including their own badges.

Microsoft has tried this before. It said it would not take a heavy hand with Skype when that deal went through in 2011. For a while that worked. Then Microsoft's approach changed. In 2013, then-CEO Steve Ballmer enacted a massive reorganization, called One Microsoft, combining groups with similar functions. Skype was lumped in with related Office apps. Since the acquisition, Microsoft has almost doubled Skype's users and moved it into the more lucrative business market, but bumps and competitive battles remain. In September, Microsoft shuttered Skype's London office, fired a few hundred workers, and replaced the head of the business. It lags Cisco in execution and vision for corporate use, according to market research firm Gartner, and it's losing consumers to Apple's FaceTime and Google's Hangouts.

3. Keep talented managers and engineers motivated. As soon as the deal was announced, LinkedIn embarked on an ambitious effort, "20 in 20." The company picked 20 projects it had planned for the coming nine months and sped up deadlines, aiming to complete them in 20 weeks, said LinkedIn's Roslansky.

"When you are acquired, it's human nature that things tend to slow down a bit. There's a lot of questions of: 'What do I do now?' " he said. "It was very important to us to make sure everyone was motivated."

It's going to be a challenge for Weiner to maintain that energy, said Wes Miller, an analyst at Directions on Microsoft, a market research firm. "I've seen so many companies get acquired by Microsoft and the exodus begins."

Danger, a mobile phone company started by Android founder Andy Rubin, was acquired in 2008. Instead of making a breakthrough device, most of the employees left and the unit produced the Kin phone, possibly the biggest flop in Microsoft hardware history. AQuantive saw a similar brain drain, as Microsoft both sold off the ad-agency part of the business and decided to shift focus away from display ads, the whole raison d'etre of the acquisition in the first place.

Ultimately, the real measure of the combination's success will be how well it performs financially. The companies need to find compelling product integrations that justify the $26 billion deal price tag. LinkedIn generated more than $3.6 billion in sales in the 12 months through September and lost money. For the deal to be deemed a win, money has to be made.

For now, the two companies are starting with a smaller, more manageable number of joint products where they know they can succeed, said Roslansky. They plan to sync LinkedIn networks with Microsoft Outlook e-mail, so when you get a message and can't remember who the person is, you'll get information from LinkedIn, Weiner said in an interview in September. If the person's not in your LinkedIn network, you can add that person with a click, he said.

"There's a tendency when a deal like this happens to say here are 100 ideas of crazy things we can do together. We purposely kept that list short," Roslansky said. "If many of them go wrong, it sets a bad tone."

Weiner also wants to enhance the help function of Microsoft products like PowerPoint. If you need help with a slide deck, clicking help brings up the equivalent of an online product manual. Weiner aims to use this function to connect you to people on LinkedIn with relevant experience. If your presentation is about using artificial intelligence tools for marketing, the help button could point you to experts in the field and to freelancers who can assist for a fee. It could direct you to LinkedIn learning courses in the area, he said.

Investors should be patient. A person familiar with Microsoft's thinking said it probably won't be possible to tell if the acquisition has worked for about five years.

Miller, the analyst, agreed. "You will never recoup the direct spend to buy LinkedIn," he said. "But does the deal make LinkedIn better? Does it make Microsoft better? That's the end game."