What if We Paid for Facebook - Instead of Letting It Spy on Us for Free? 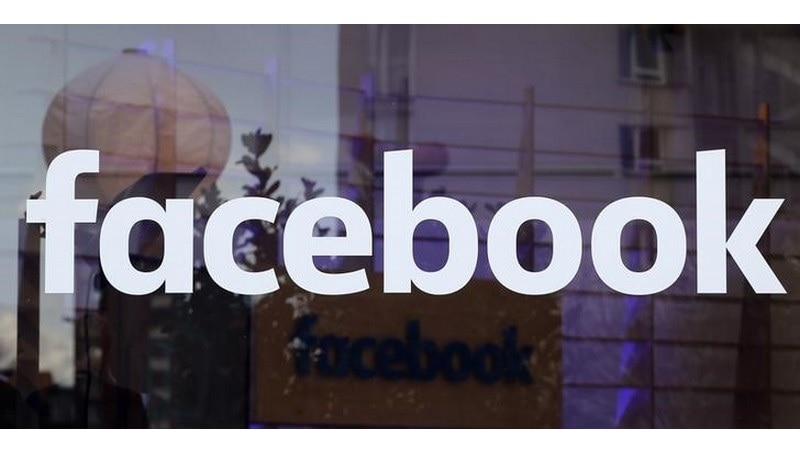 It's a trick question, because Facebook has always been free. But what if there was a way you could pay to remove the eerie targeted ads, stop it from tracking every little thing you do and make your data more secure? Call it "Facebook Plus."

Anyone peeved about the social network's recent privacy lapses might scoff at the idea of handing Facebook money. There's no indication that Facebook is ever going to charge, and CEO Mark Zuckerberg this week said he's focused on "a free service that everyone can use." But this spring's revelations about Cambridge Analytica, threats to democracy and data scraping at a global scale have offered a terrifying wake-up about the devil's bargain at the heart of Facebook: We don't pay for the product because we are the product.

So what if we flipped that on its head? As Zuckerberg prepares for his date with Congress next week, I've been taking a fresh look at a modest proposal shared among techies for years: Maybe we'd be better off paying for Facebook like a subscription than we are paying with our personal data - which, let's be honest, seems free but isn't. Might that restore our trust?

You can actually put a dollar figure on how much we're worth to the social network. Facebook collected $82 (roughly Rs. 5,300) in advertising for each member in North America last year. Across the world, it's about $20 (roughly Rs. 1,300) per member. Facebook the company is valued at about $450 billion (roughly Rs. 29.25 lakh crores) because investors believe it will find even more ways to make money from collecting data on its 2 billion members.

A few days ago, Apple CEO Tim Cook said Facebook's got it backward. Asked on MSNBC what he'd do if he were in Zuckerberg's shoes, he said, "I wouldn't be in this situation." Consumers can pay for privacy, he said, and asserted that Apple makes better products because it sells them directly to consumers rather than selling users to advertisers.

Zuckerberg responded via the website Vox that Cook's argument was "glib." He said: "If you want to build a service that helps connect everyone in the world, then there are a lot of people who can't afford to pay. And therefore, as with a lot of media, having an advertising-supported model is the only rational model that can support building this service to reach people."

But is advertising really the only way to make Facebook work? Putting aside for the moment whether or how a different model might come to be, imagining a subscription version can help us understand the current outrage - and weigh what kind of Facebook we really want. What would make it good enough to pay for?

A subscription Facebook would do more than just remove ads. It would liberate the social network from some perverse financial incentives. I phoned Ethan Zuckerman, the director of the Center for Civic Media at the Massachusetts Institute of Technology, who called for an alternative business model back in 2014. He worked at one of the earliest ad-financed sites with user-generated content - and even helped birth the dreaded pop-up ad.

Today Zuckerman calls advertising "the internet's original sin." Facebook doesn't sell our data, but it uses it to sell marketers highly targeted access to us. These ads pay for billions of people to get information and have a voice online. But they also create an online world where surveillance is the norm and we're not fully in control of data about us.

And to compete, Facebook has to keep collecting data like a hungry, hungry hippo. It started with what we post on Facebook, but grew to include what you do when you surf the web and use other apps. It even lets marketers marry their own data with what Facebook has in its dossier. When I recently downloaded all my Facebook data (which anyone can do), it included a frightening list of "Advertisers with your contact info." Mine had a lot of giant corporations . . . and Britney Spears.

You don't have to condemn all advertising to think this tech goes too far. In 2016, Pew found by a margin of 51 percent to 33 percent that Americans don't think it is acceptable for a social media site to offer free access in exchange for a profile that's used to target ads. (Zuckerberg claims that's not true: People tell Facebook if they're going to see ads, they want them to be good - and that means relevant to their interests, he says.)

But the issues with ads go beyond the creep-out factor. They create an incentive for Facebook to gobble up not just our data, but also our attention, say critics like sociologist Zeynep Tufekci, who called for a paid Facebook in 2015. This "attention economy" borrows tactics from gambling, meaning a photo-sharing app is a lot like slot machine, rewarding our brains with a Like or comment when we press reload.

There's just one problem: Who's going to pay for Facebook?

"Free" is an easy sell; we overreact to it, and let it persuade us to ignore hidden costs. But over the years, surveys have found as few as 10 percent of Americans would pay for Facebook.

Subscriptions have worked for some services. Netflix costs $11 (Rs. 715) per month, and Amazon Prime is $13 (roughly Rs. 845) monthly, both higher than the $7 per month Facebook would need to maintain its current North American revenue. (Amazon CEO Jeff Bezos also owns The Washington Post.)

But Facebook is a much, much larger service than almost anything else. And as Zuckerberg said, a huge swath of humanity simply couldn't afford to pay. (Google CEO Sundar Pichai has made a similar argument about its ad-supported business.) Perhaps tiered subscriptions could help subsidise the poorest, but would we want privacy to become a luxury?

(That argument causes some, including tech philosopher Jaron Lanier, to suggest Facebook should actually be paying all of us. Our data is like work and has value - the problem is we're giving it away for free. It's a fascinating way to think about the future, but unfortunately there are even fewer examples of successful businesses built off people voluntarily selling their data. So far.)

"Zuck may be right - if you really want a business model that works for a billion people, you're probably not going to get them all to pay for your product," MIT's Zuckerman told me. "But one thing to ask is, does Facebook need a billion users?"

It's clear why advertisers want the largest-possible Facebook. It's clear what Zuckerberg gets: he's ruler of the world's largest community. But maybe we'd be better served by a series of social networks with different geographic and product focuses and that can interoperate. One Facebook to rule them all isn't the only way to connect humanity.

A smaller, paid Facebook might also be more aligned with us, its members. It would have to hustle, like Apple, Amazon and Netflix do, to make us think it's valuable.

Zuckerberg disagrees with the assertion that not charging for a product means Facebook isn't aligned with us. "That doesn't mean that we're not primarily focused on serving people," he told Vox. "I think probably to the dissatisfaction of our sales team here, I make all of our decisions based on what's going to matter to our community."

As a tech critic, I just haven't seen it. Facebook is simple to use and benefits from everyone being on it. But over the last decade I've watched Facebook's product launches fizzle. Remember Facebook email, the "Gmail killer"? Graph search? Or the Paper news app? Its last big product was live video, which I haven't seen friends use in months. Meanwhile, there's been more and more data collected for marketers, and Facebook's ad revenue keeps going up.

No doubt investors would be unhappy if Facebook became a subscription business: Its main upside would be adding new members, and Facebook is starting to run out of humans.

A paid Facebook could be a better Facebook product - and one that's more likely to survive a reckoning with members or governments.